Why you should give a Qurbani donation. Best gifts to donate throughout Qurbani season?

“Once our beloved Prophet Muhammad (saw) was asked, what is Qurbani? The Prophet (saw) answered: ‘It is the Sunnah of your father Ibrahim (as). For every hair of the Qurbani you receive a reward from Allah (swt)” – Tirmidhi

Qurbani is a sacred, religious sacrifice of sheep, cattle, or goats which is made after Eid ul Adha prayers, between the 10th and 12th days of the holy month of Dhul Hijjah, the final month of the Islamic calendar. The blessed tradition was passed down to us by our Prophet Ibrahim (as) and Ismail (as) as they were prepared to make huge sacrifice out of love and devotion of Allah (swt)

Traditionally, one-third of the meat is consumed by those offering the Qurbani, one-third is offered to family, friends and neighbours, and the final third is distributed among the poor. This signifies the sharing of blessings and celebration of Eid-ul-Adha. It is increasingly common that a Qurbani donation is made through an established charity or network, and the entire meat is distributed among the poor. This means we are able to help even more people and tackle hunger around the world.

What is special about making a Qurbani donation?

Giving Qurbani is a major act of worship in and of itself, where rewards are given for every hair of the animal – that’s billions of blessings! Giving a Qurbani donation is fulfilling the sunnah of Prophet Ibrahim (as) and making a sacrifice for the sake of Allah (swt).

Prophet Ibrahim (as) had a series of disturbing dreams where Allah was instructing him to sacrifice his only, beloved son, Ismail (as).  Upon hearing of these dreams, Ismail (as) encouraged his father to follow through with the command, even though it would result in his death. Ismail (as) comforted his father by reminding him of the love and mercy of Allah (swt). In his devotion to Allah (swt), Ibrahim (as) agreed to follow his dream and perform the sacrifice. But at the moment of slaughter, God intervened and sent a ram to be sacrificed in Ismail’s (as) place.

Ismail (as) was spared because Ibrahim (as) proved he would sacrifice his son as an devotion to Allah, irrespective of his own low and pain. The continued practice of religious sacrifice acts as a reminder of Ibrahim’s obedience to Allah (swt), and this is why we too, are asked each year to make a sacrifice. The Qurbani symbolises a sacrifice of worldly attachment and a movement closer to Allah.

Why is my Qurbani Donation important?

Every Qurbani donation feeds impoverished families around the globe. Each Qurbani provides fresh, nutritious, wholesome meat to families in need. For many of these families, this will be the first time they have eaten meat all year, as they simply cannot afford the luxury.

Meat helps promote healthy diets and keep people strong and healthy. It is more important than ever to help families boost immune systems and their health, while the spread of Covid-19 is still affecting vulnerable communities with catastrophe and devastation.

Your Qurbani donation also helps to boost local economies and provide job opportunities to those struggling. We procure meat as locally as possible, which enables us to further benefit the communities we are working with. The distribution, slaughter and distribution of meat enables us to provide job opportunities and support within the communities, boosting economies.

Giving Qurbani is a great way to spread joy and comfort, reminding those suffering that they are not alone and have not been forgotten.

Best gifts to give throughout Qurbani season

Qurbani season and Eid-ul-adha is a great time to spread joy and give gifts.  One way to increase the blessings and goodness for everyone is to give the Prophetic Qurbani. This is honouring the sunnah of our beloved Prophet Muhammad (saw) who would give two Qurbanis each year – one for themselves, and one on behalf of somebody in the ummah who is unable to afford to do so. When giving the Prophetic Qurbani, you help ensure that double the number of people benefit, with reward, with meat and with joy this Eid.

Give the Prophetic Qurbani from just £40.

You can make your Qurbani Donation  go much further this year, by providing the gift of water to impoverished communities. Water is the source of all life, and the thing upon which we are most dependent for survival. However countless communities around the world do not have access to clean water, and are drinking water which could kill them. This Eid, you can change that from as little as £200. Clean water saves lives, strengthens communities and enables people to flourish, especially children who can go to work, and women who are not bound to walk for miles to collect water. 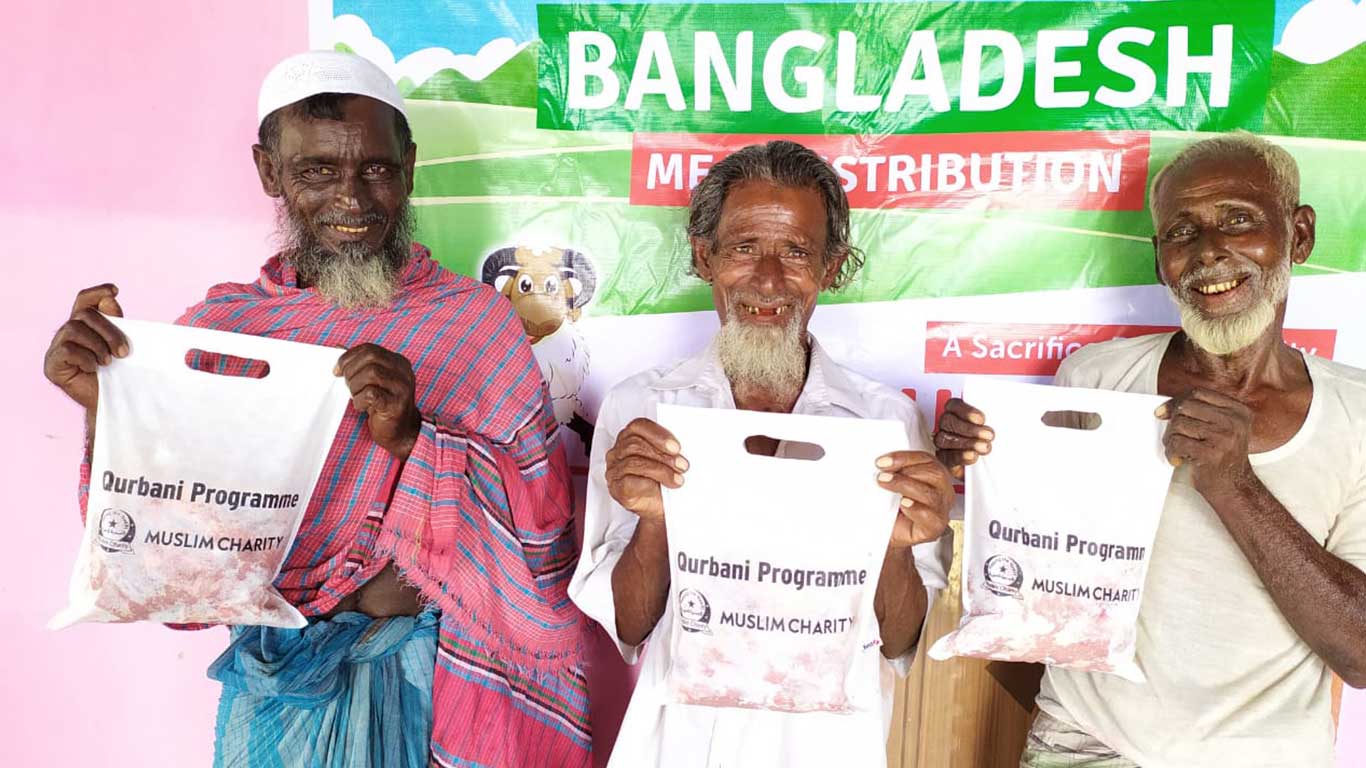 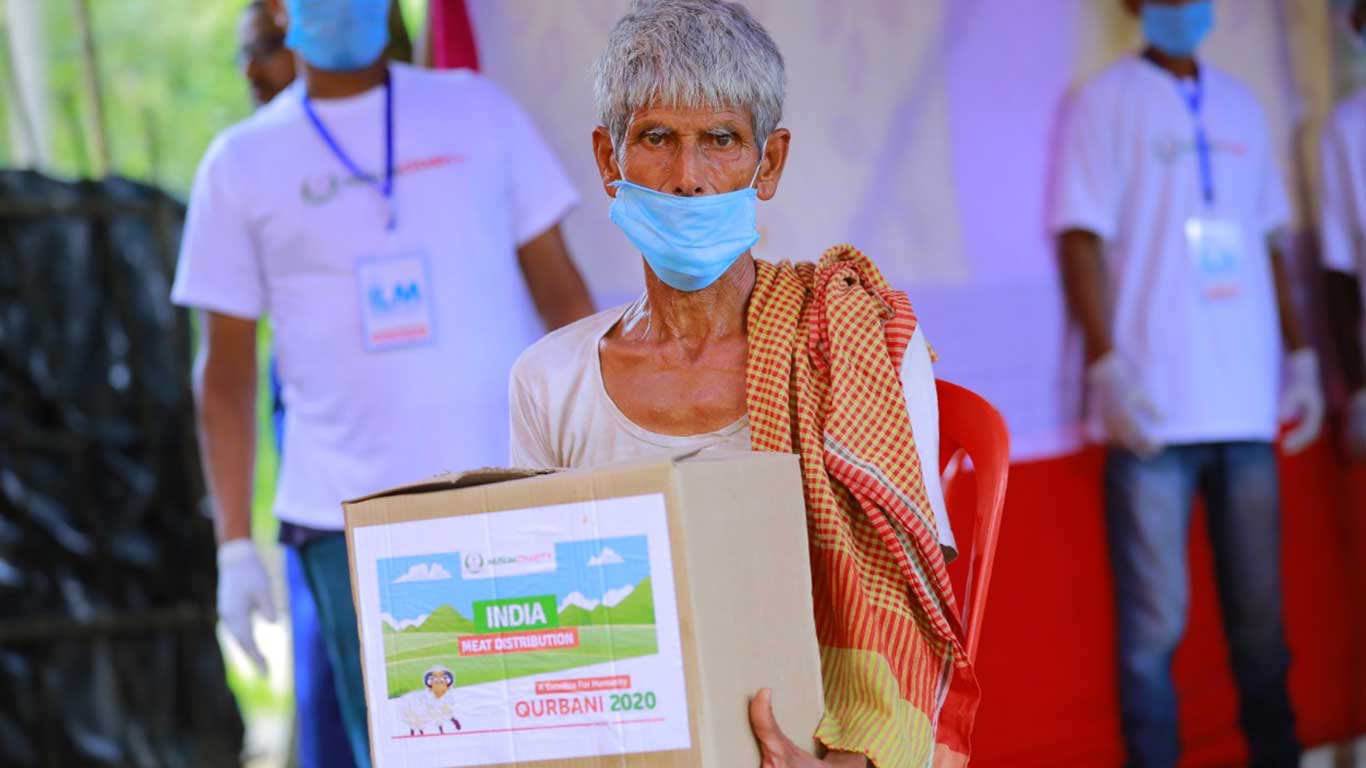 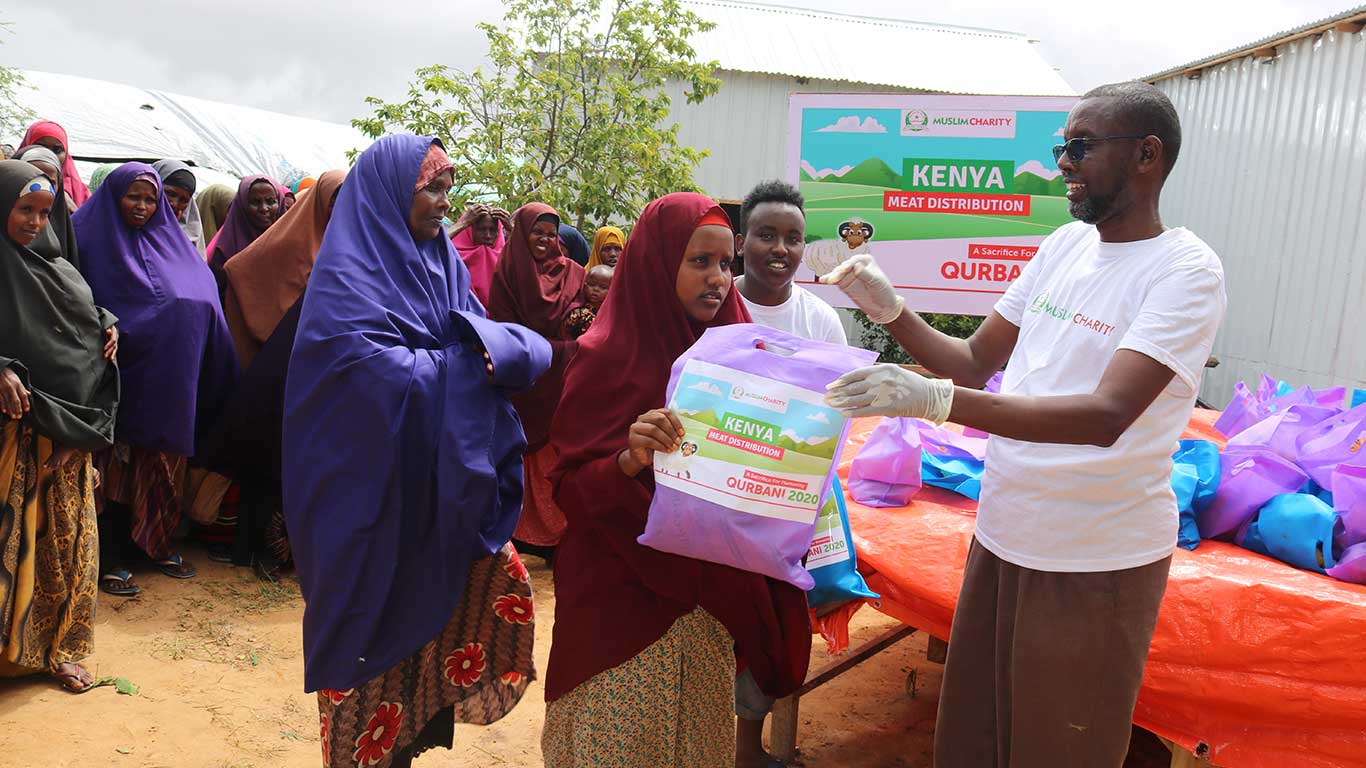 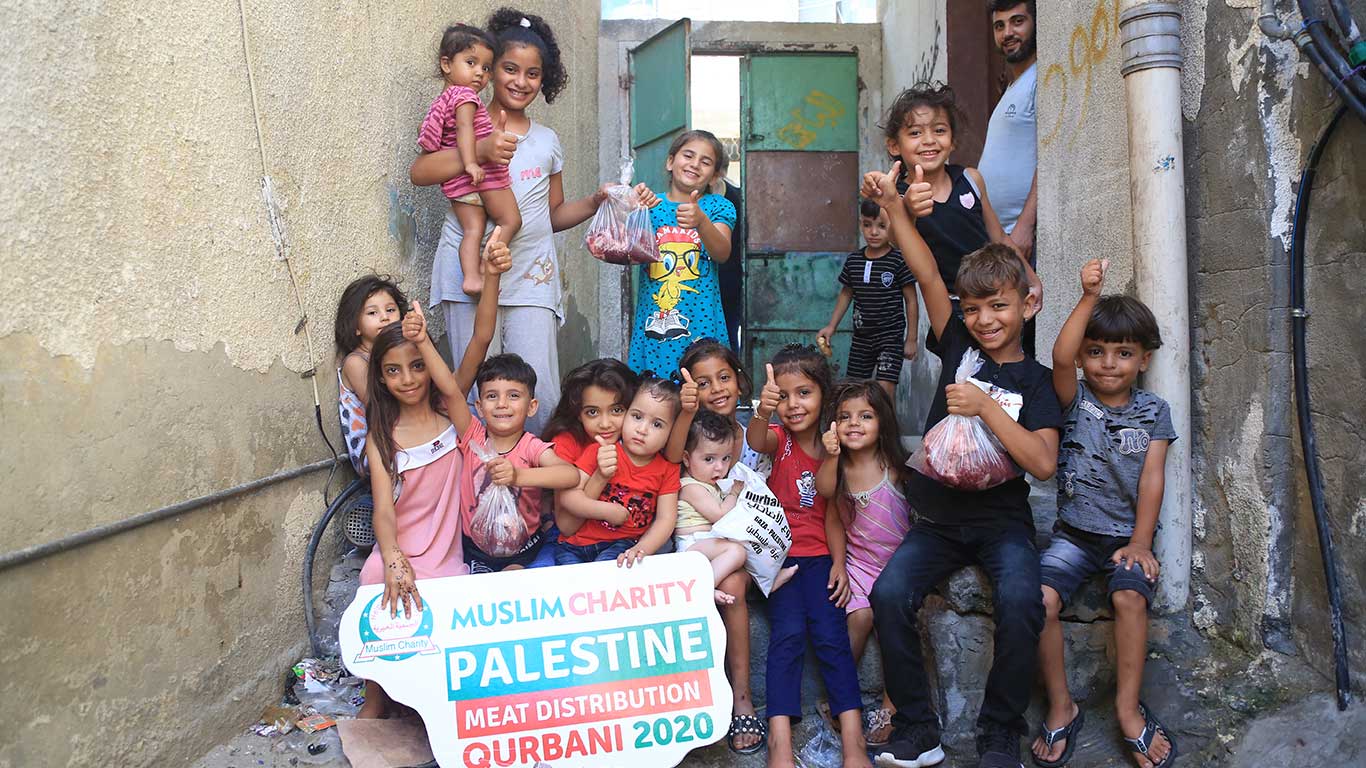 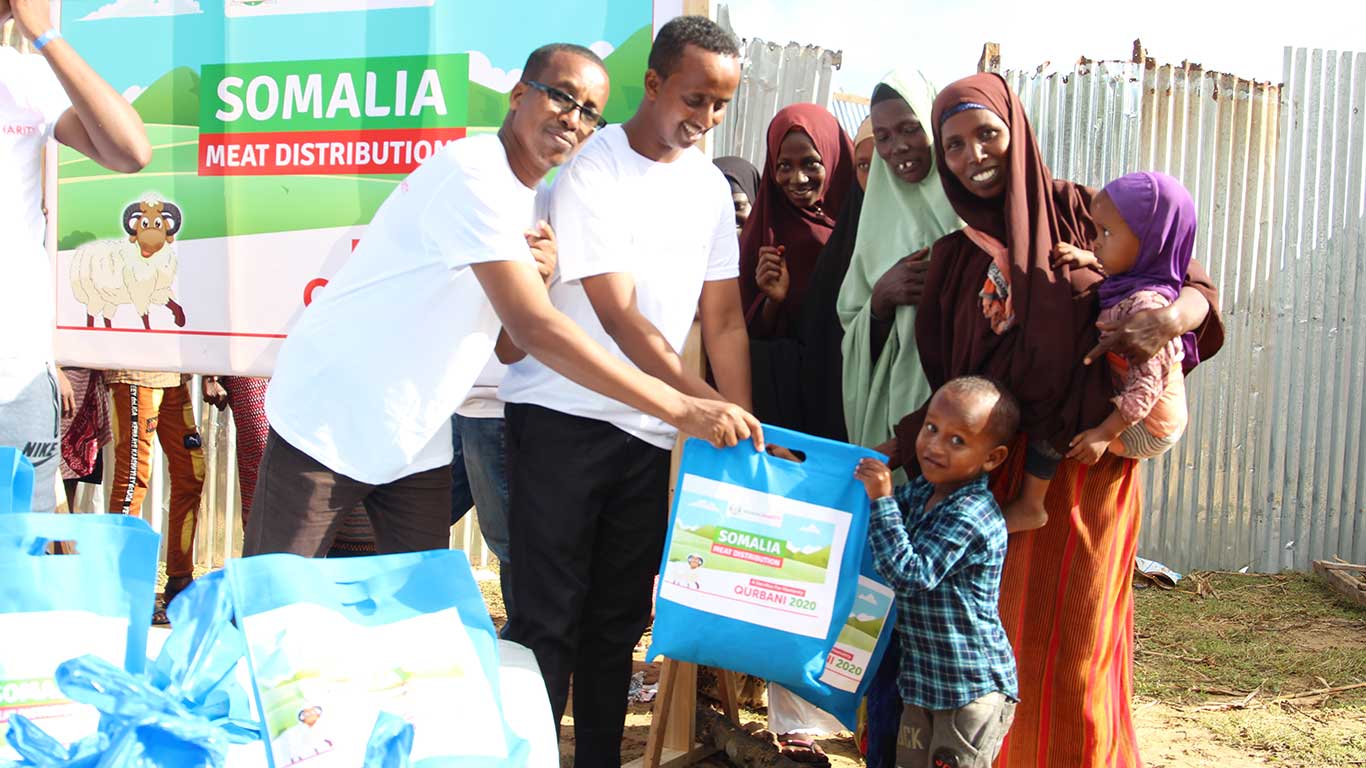 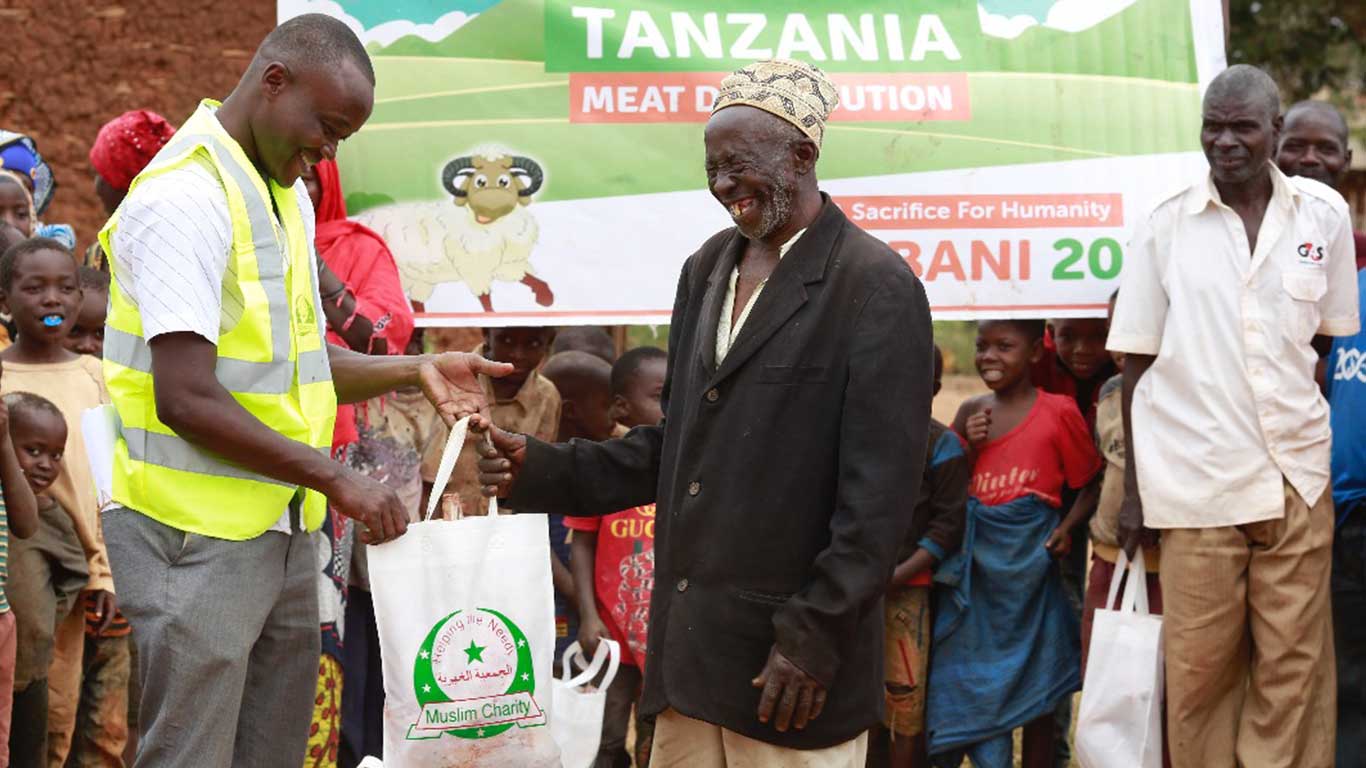