Many thanks for your support and donations and stay tuned to our social media pages to get the latest updates from around the world as your Qurbanis are performed to bring smiles to the poor and needy.

We are no longer taking Qurbani orders, you can still make a donation for a general Animal Sacrifice and Aqiqah by clicking here.

We look forward to your support for Qurbani 2022 next year.

Last year, your Qurbani donation enabled us to provide 2.48 million cooked meals across 16 countries around the world. Almost 248,469 kilograms of meat was processed last year and distributed to vulnerable families during the days of Eid-ul-Adha thanks to our hardworking teams and ground partners.

This year, your Qurbani donation will help to feed thousands of poor, oppressed and displaced families in Africa, Asia and the Middle East.

WE HAVE STARTED RECEIVING PICTURES FROM THE GROUND. PLEASE SEE BELOW FOR THE FIRST SET OF PICTURES 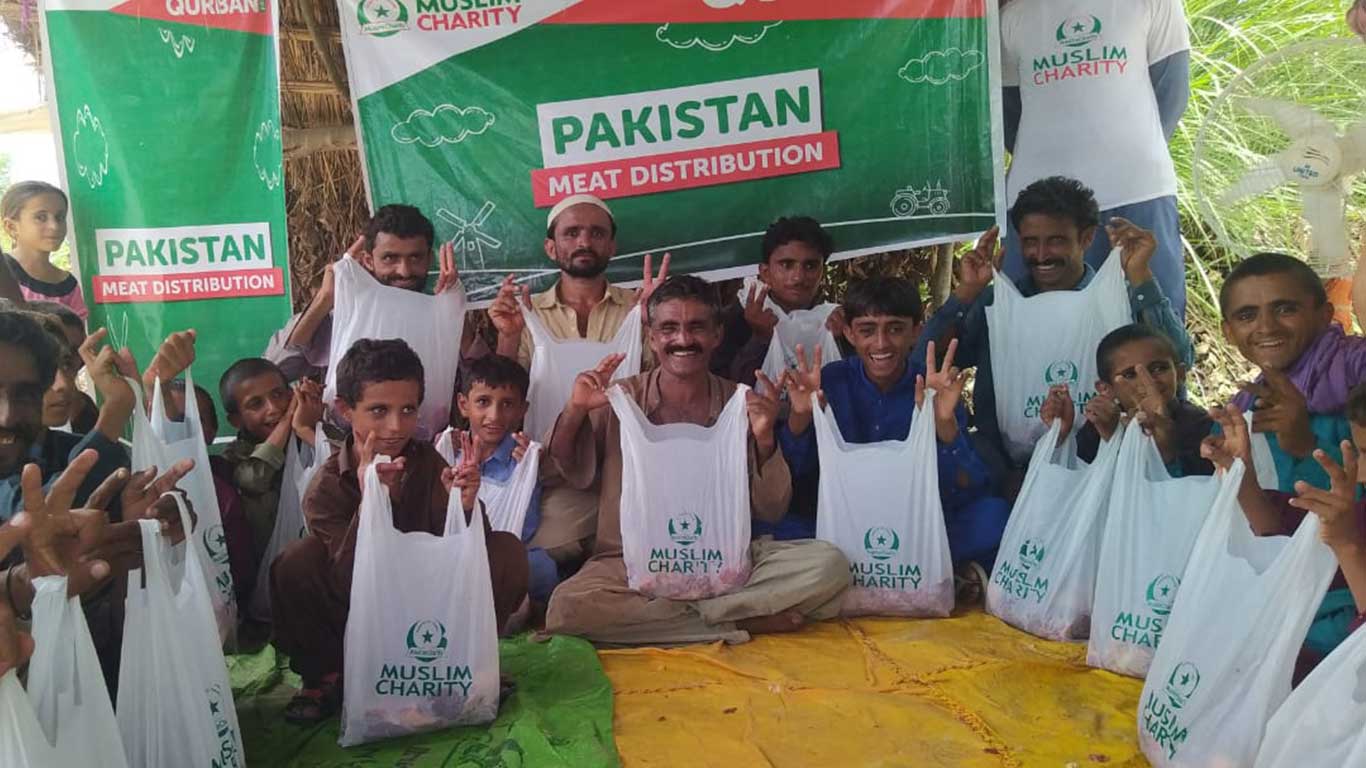 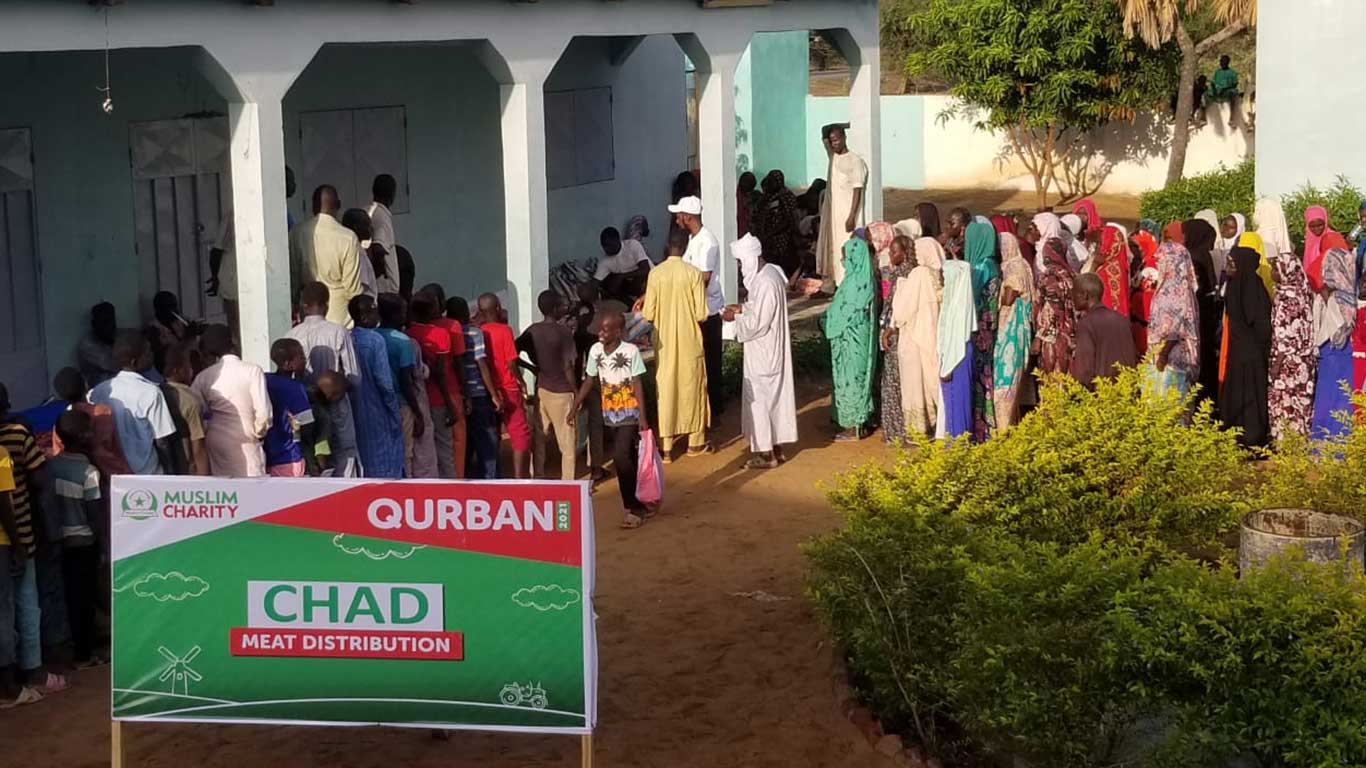 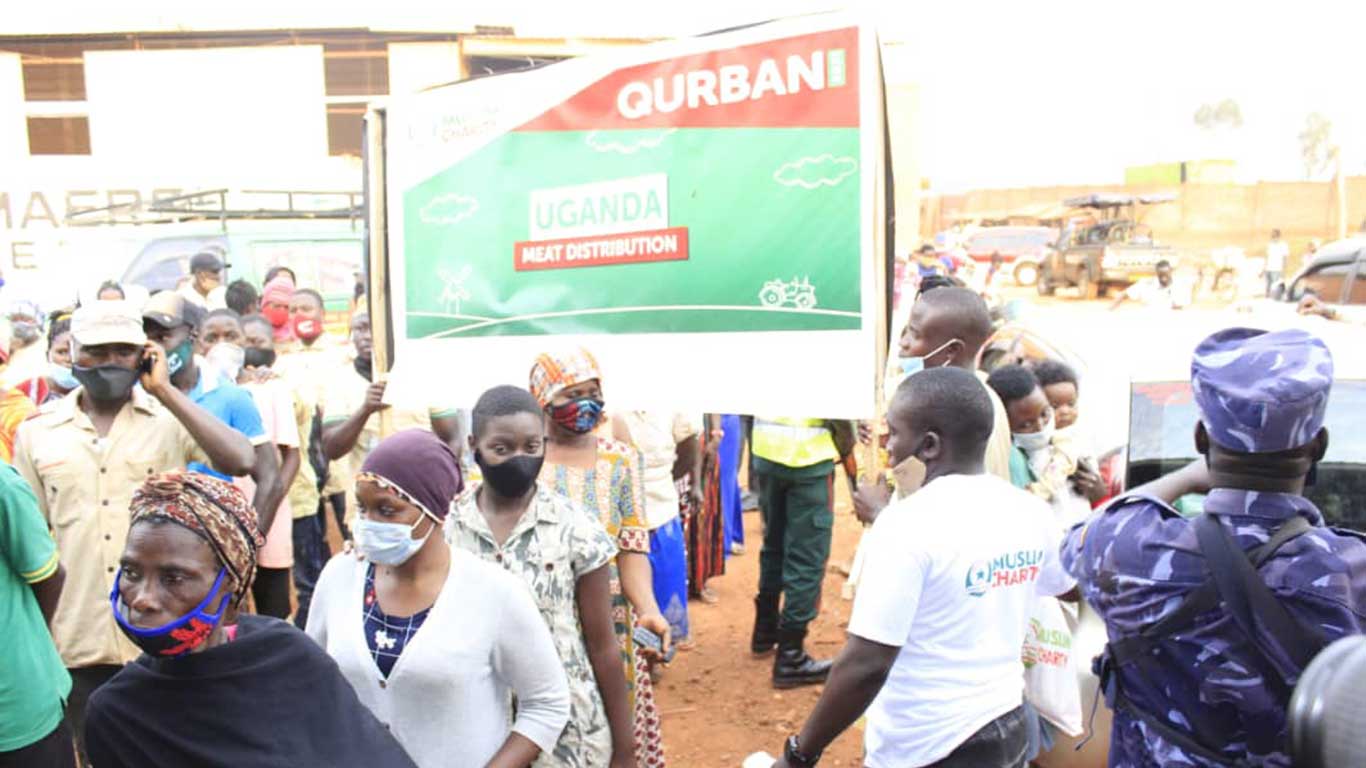 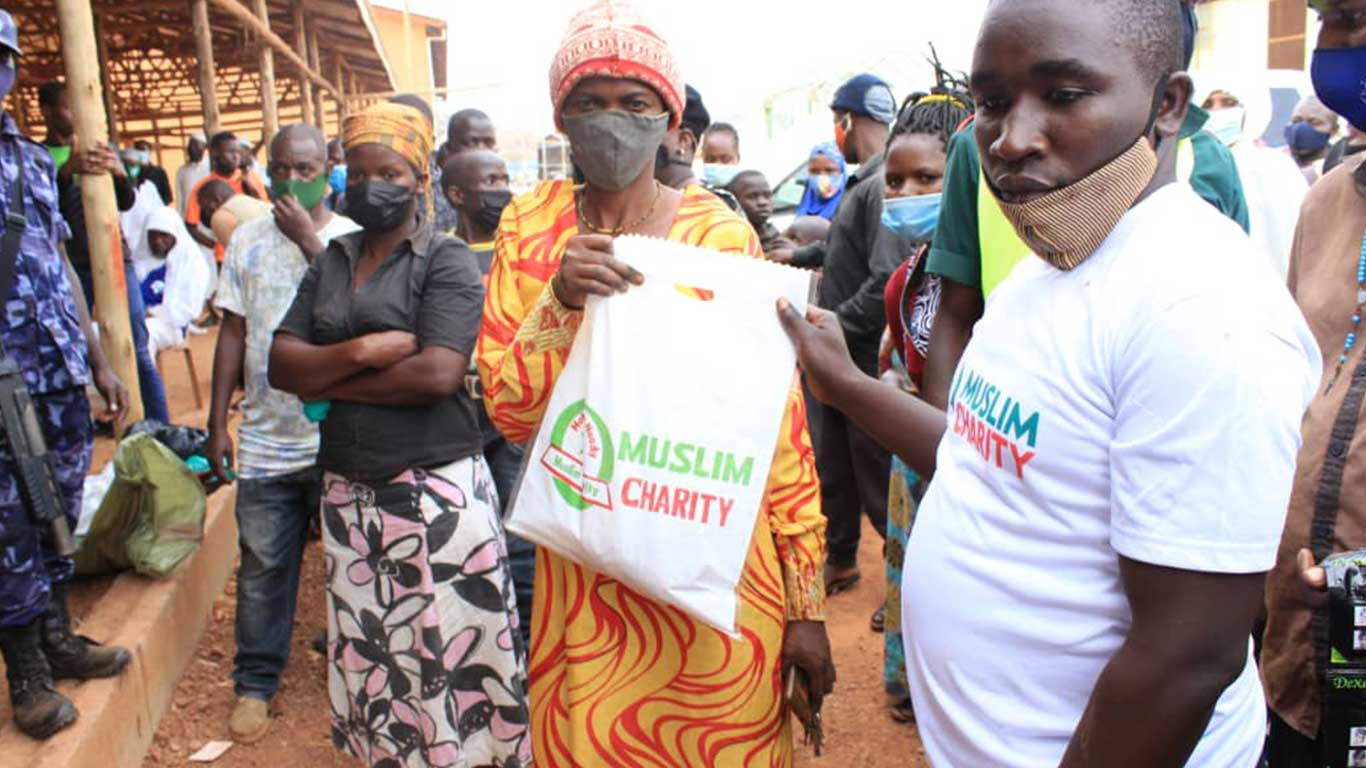 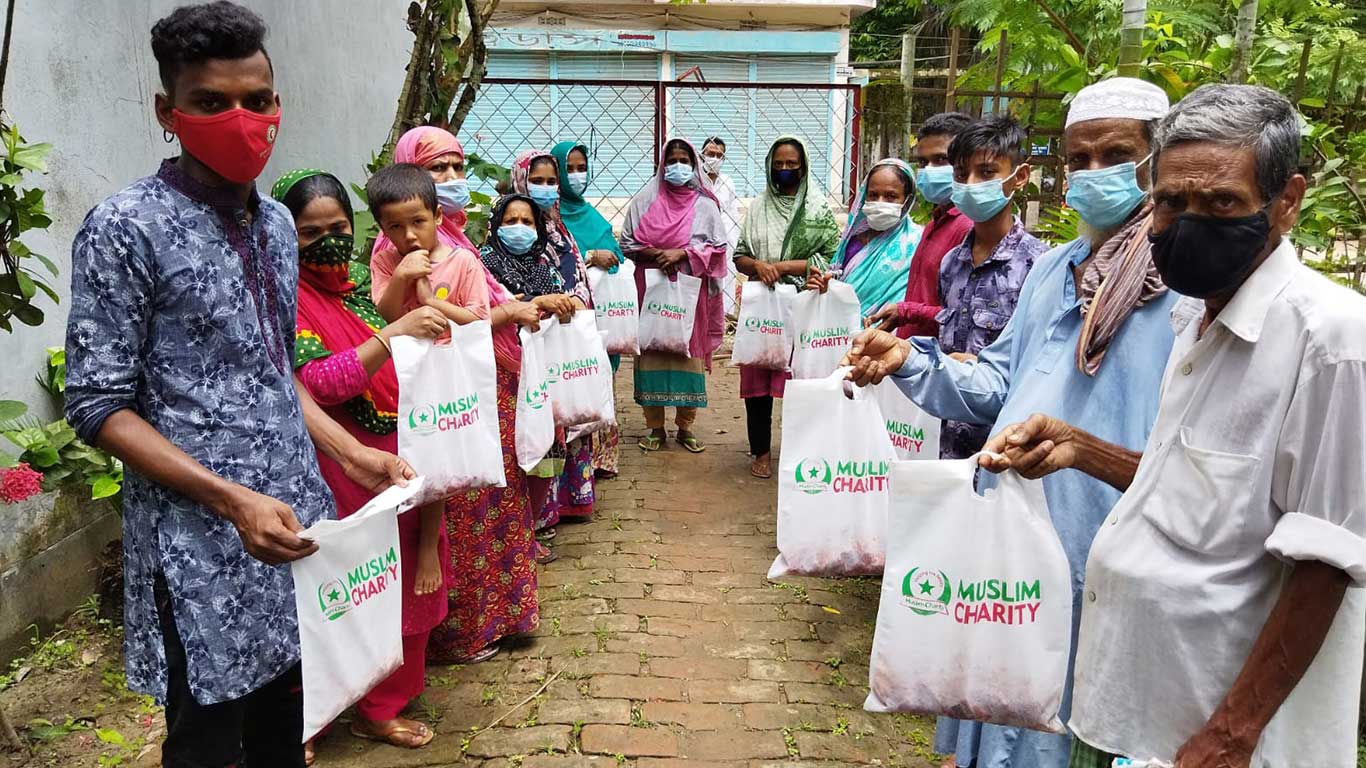 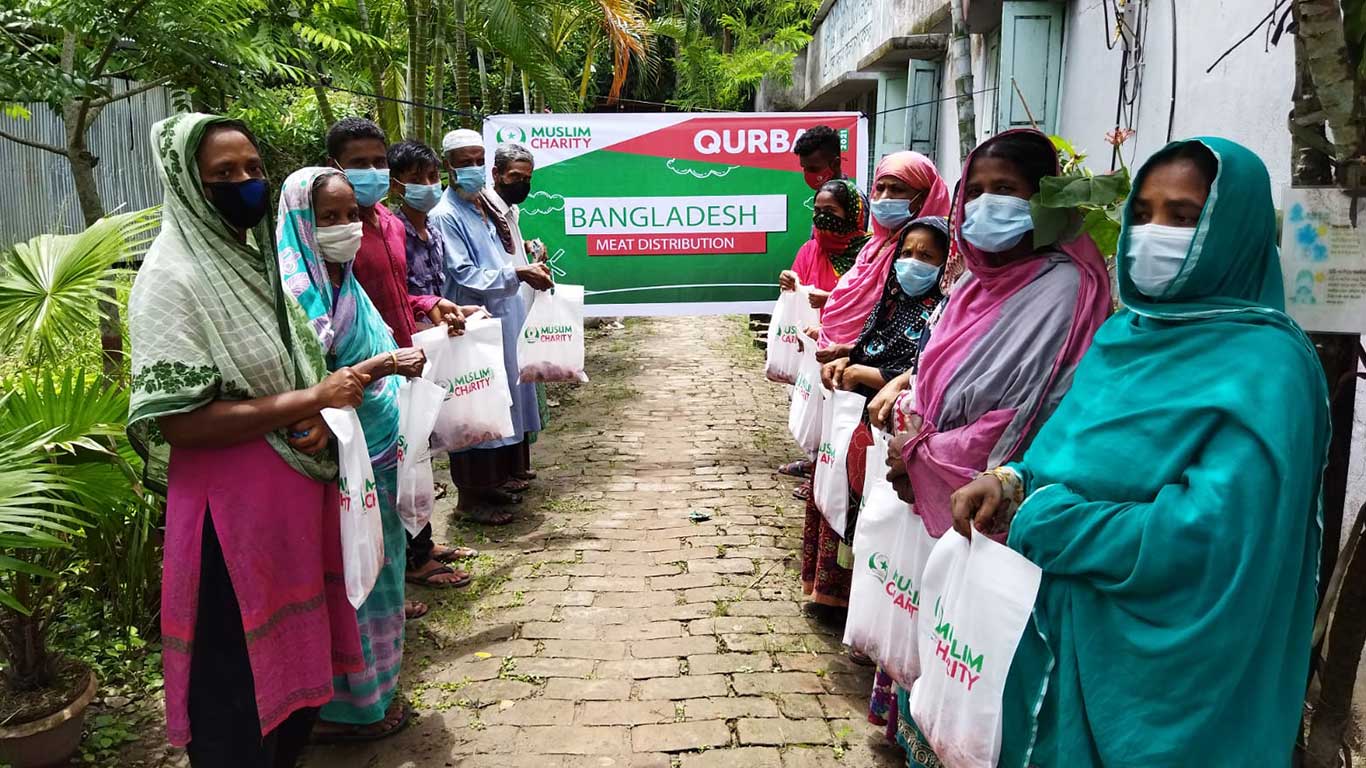 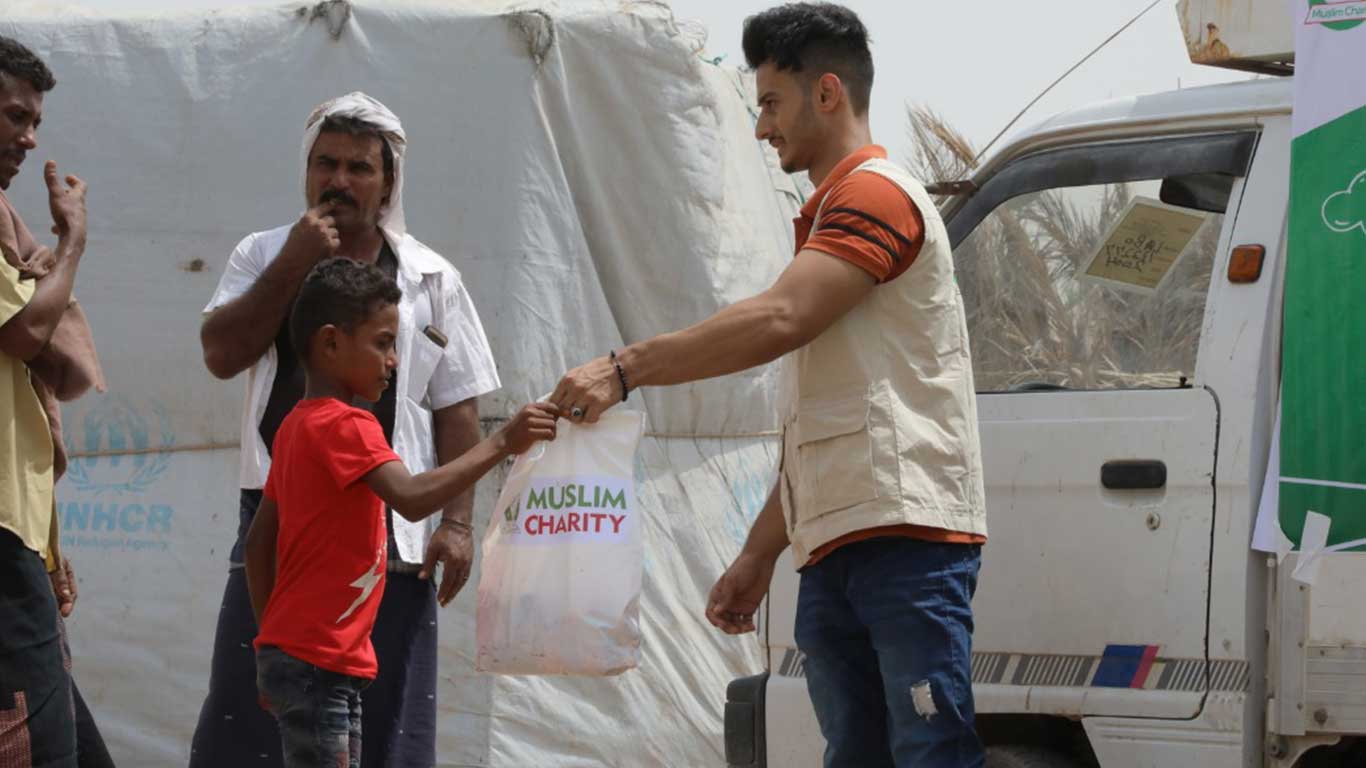 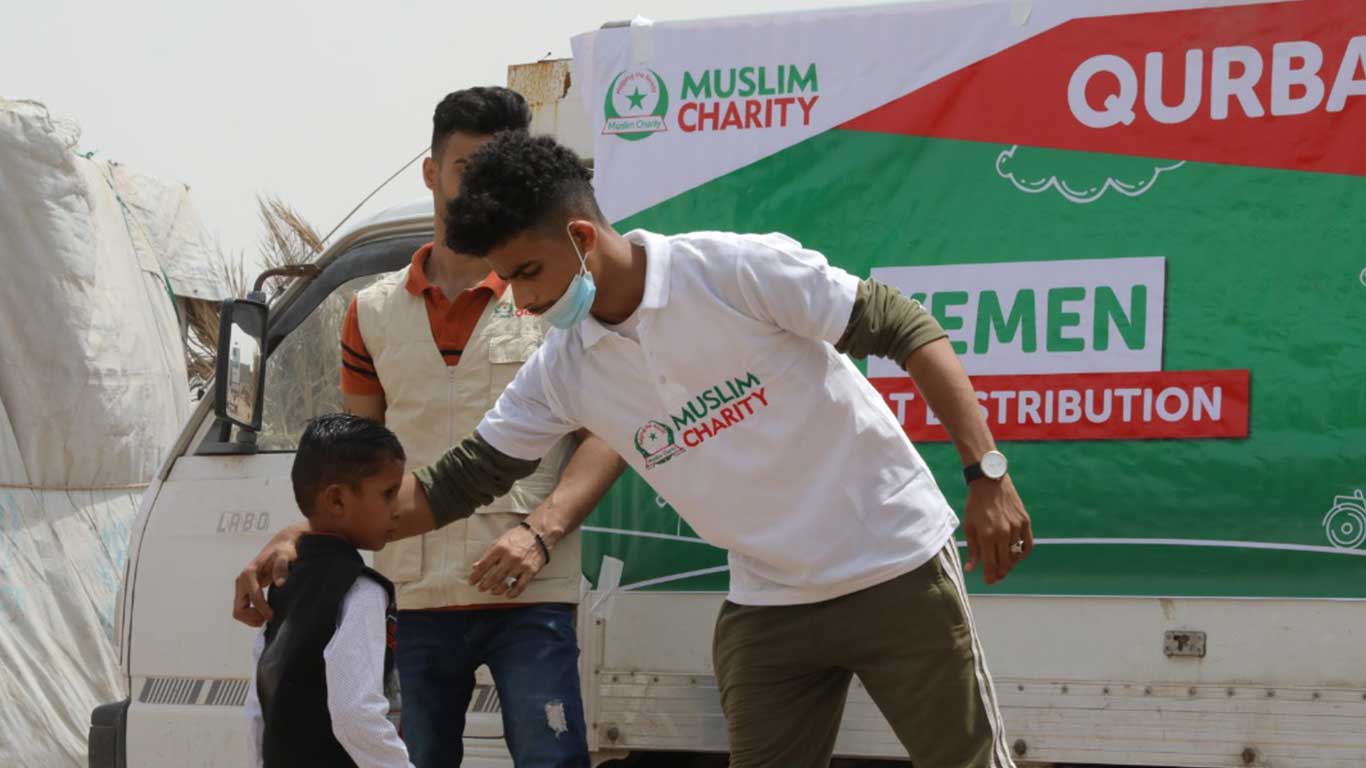 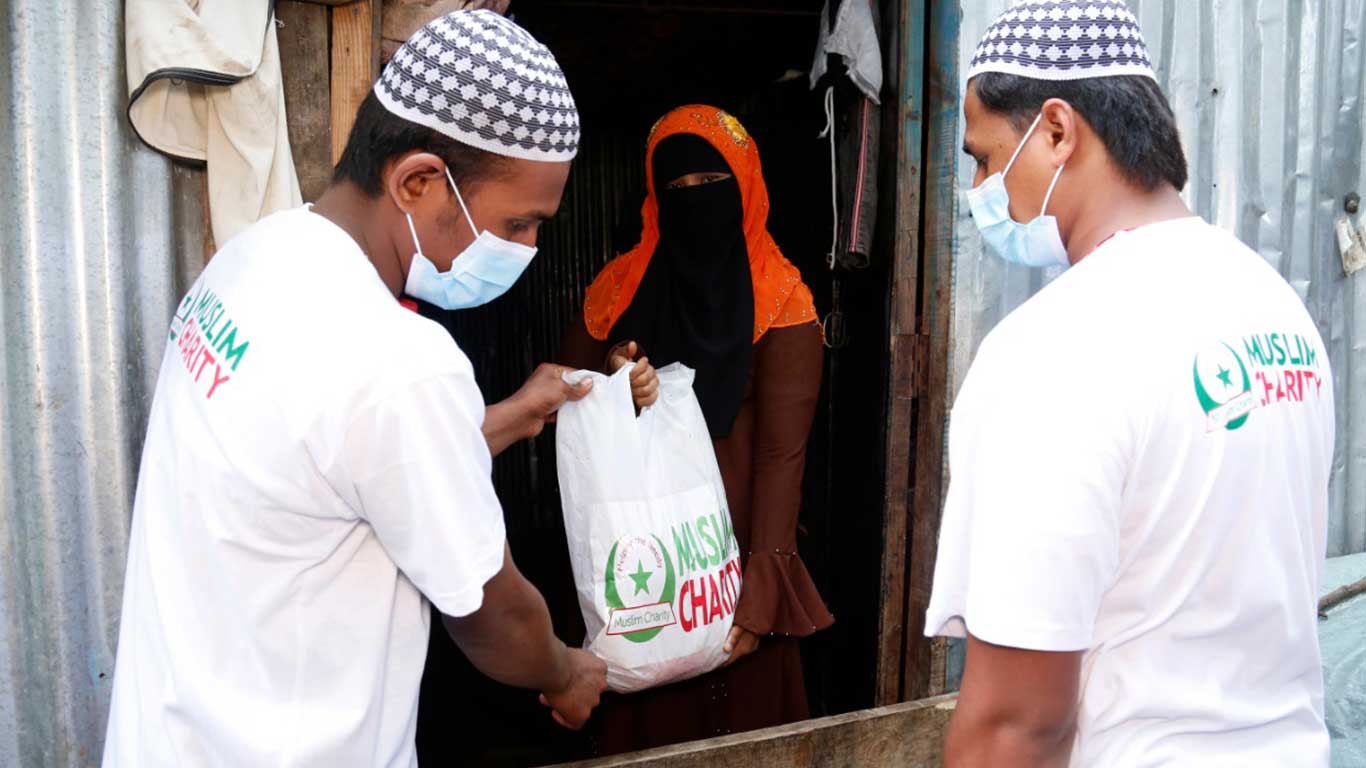 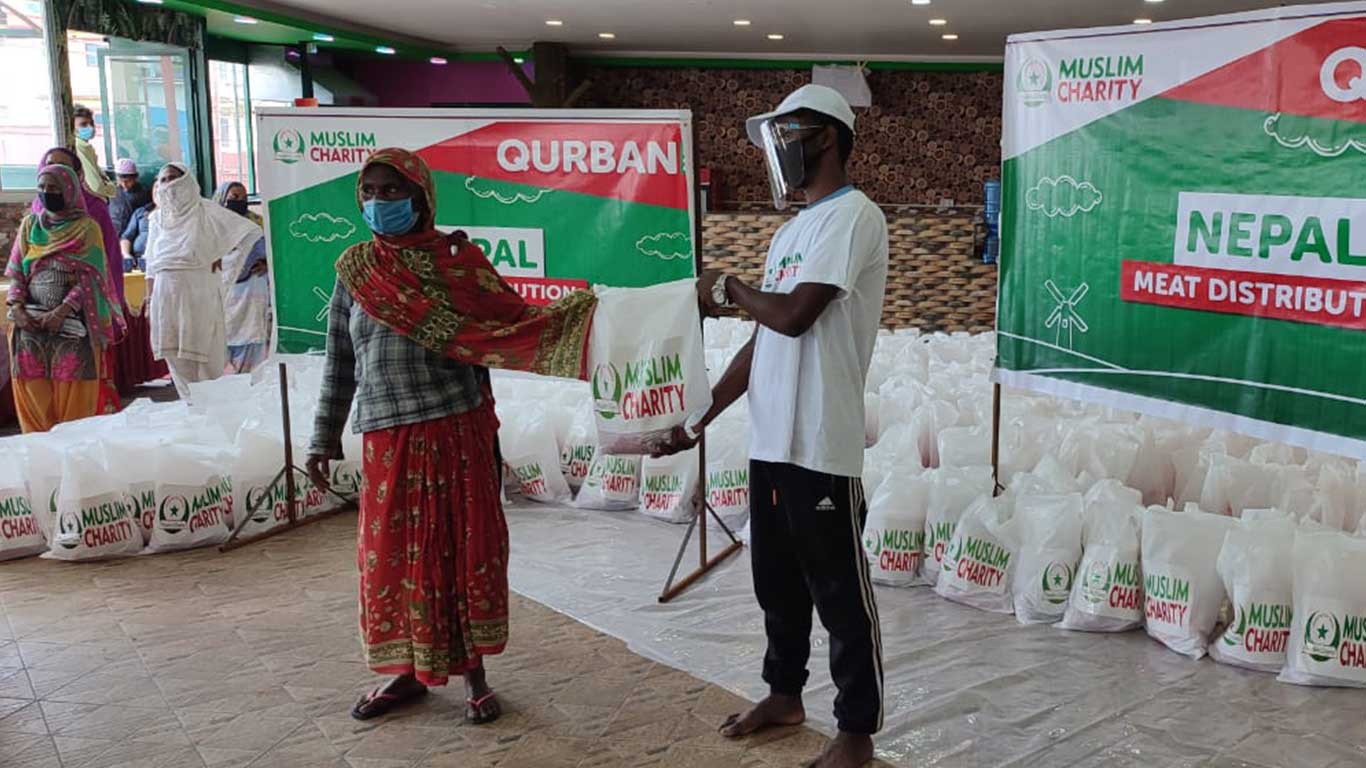 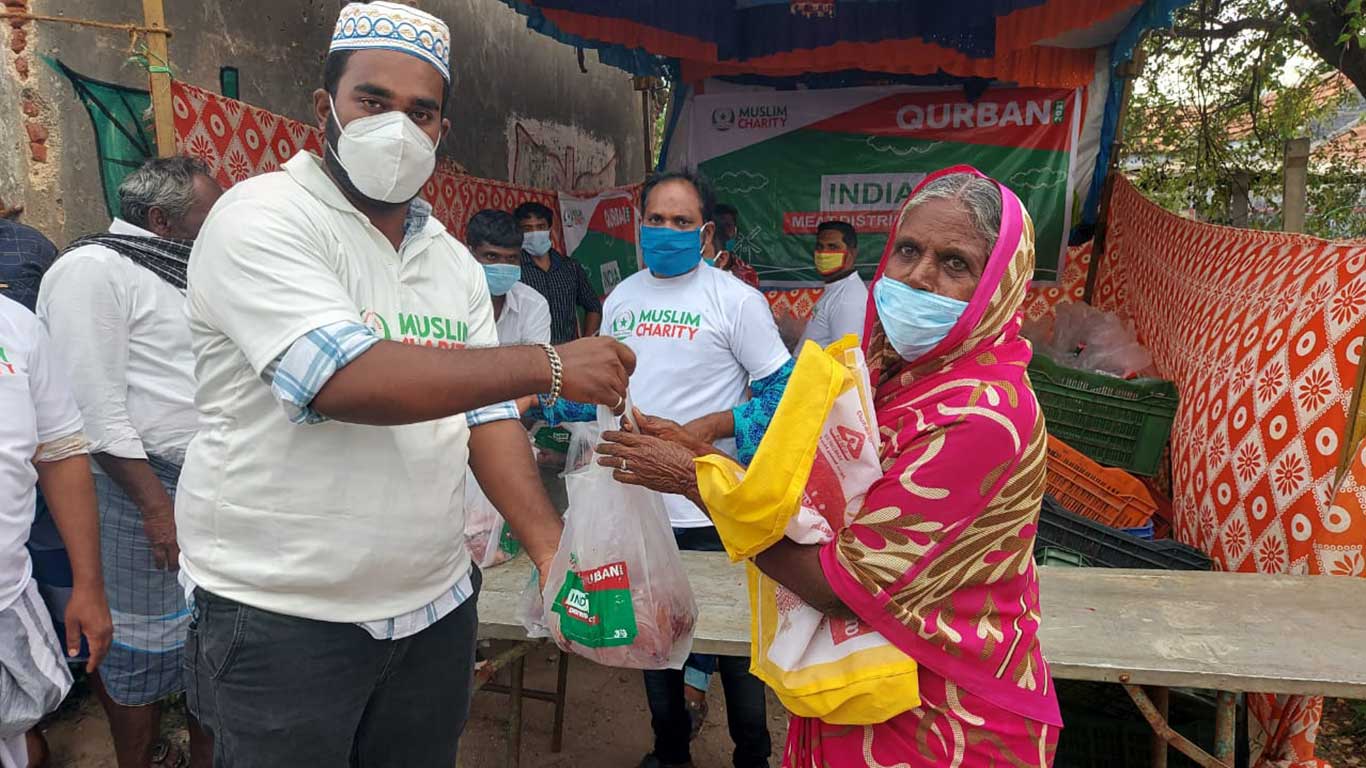 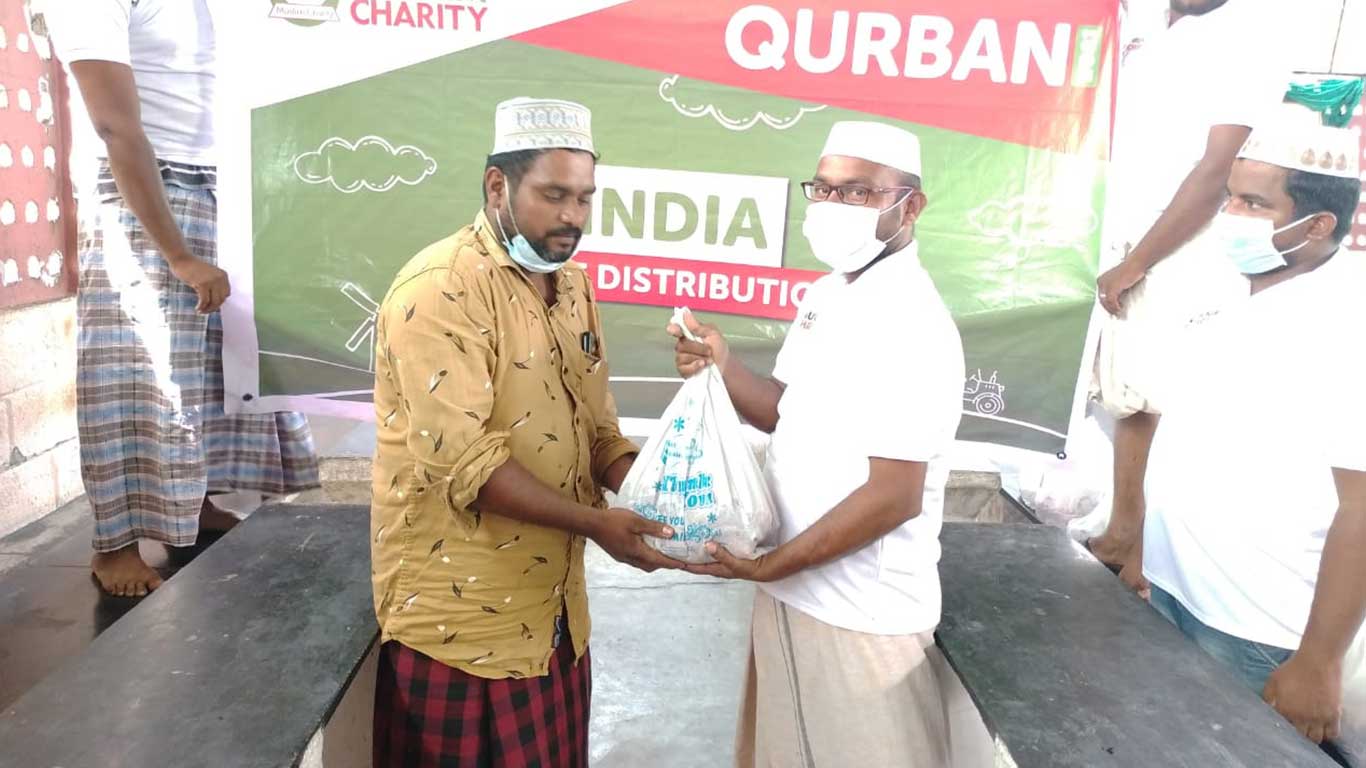 Qurbani (also known as Udhiya and sometimes referred to as the Sunnah of Ibrahim) is the important Islamic practice of sacrificing a livestock animal during the festival of Eid ul-Adha. This festival takes place between the 10th and the 12th of the month of Dhul Hijjah, the last month of the Islamic calendar.

Qurbani serves as an important means to both remember and provide for the most vulnerable in our communities, ensuring they are not left excluded from community-wide celebrations. By sacrificing an animal during the Eid ul-Adha festivities, Qurbani brings the entire Ummah together as the meat is shared and distributed to poor and needy families. By making a Qurbani donation, you are fulfilling a religious obligation and helping to support those most in need.

You can make your Qurbani donation with Muslim Charity from just £20.

WHAT IS A PROPHETIC QURBANI?

For the ones who are able, it is encouraged to follow the Sunnah and give the Prophetic Qurbani as well as their own sacrifice. The Prophet Muhammad ﷺ used to sacrifice two animals every year, one on behalf of himself, and the other on behalf of his Ummah.

The extra sacrifice can be given to the needy just as Zakat al-Fitr is given at the end of Ramadan, so that the poorest communities can enjoy a healthy, filling meal with fresh meat on the days of Eid-ul-Adha.

On the authority of Kathir bin Abdullah, it is reported that Prophet Muhammad ﷺ said, “Whoever revives a Sunnah of mine that dies out after I am gone, he will have a reward equivalent to that of those among the people who act upon it, without that detracting from their reward in the slightest.” (Ibn Majah)

You can make a greater impact with your Qurbani donation this year, by giving in the Prophetic way.

WHICH ANIMALS ARE ELIGIBLE FOR QURBANI?

One Qurbani donation is either one-seventh of a large animal, or one whole small animal.

The animals which are eligible for Qurbani are:

Cows, buffalo or camels of at least two years in age (for seven people’s Qurbani, or 1/7 for one Qurbani donation)

IS QURBANI OBLIGATORY ON ME?

According to most Muslim scholars, Qurbani is obligatory on every adult Muslim who pays Zakat.

WHAT IS THE PURPOSE OF QURBANI?

Your Qurbani donation will provide meat to people living in some of the most disadvantaged and remote regions of the world, where many people are suffering from poverty and starvation. The aim is to provide these people and their communities with enough food so that they, too, can enjoy Eid al-Adha along with millions of their Muslim brothers and sisters around the world. Qurbani helps ensure nobody is left behind or forgotten.

WHEN DOES THE QURBANI HAPPEN?

Qurbani sacrifices happen every year in the 11th month of the Islamic calender –  Dhul-Hijjah, between the morning of the 10th and the sunset of the 13th day of the month. This is also the time that the end of Hajj is celebrated.

On the day itself, there are special prayers – Eid Salah – to be read before the animal is sacrificed.

CAN A QURBANI BE MADE ON BEHALF OF ANOTHER PERSON?

CAN I PAY QURBANI FROM MY ZAKAT OR SADAQAH?

Qurbani is a separate obligation in and of itself with individual intentions. This means that a Qurbani donation cannot be made using Zakat or Sadaqah.