Feeding the poor and needy

When you perform an Aqiqah on the birth of your beautiful baby, by sacrificing a goat or sheep and giving the meat to the poor, you are giving thanks to Allah (swt). It is a way to express thanks to Allah (swt) for this beautiful blessing and is an opportunity for you to seek duaas from others for the long, happy and healthy life of your child. The Prophet Muhammad (saw) used to perform Aqiqah after the birth of a child, to protect the baby from harm and to express gratitude. Your Aqiqah donations will help those most in need.

“Aqiqah is the child’s rescue from Satan and protection for his efforts for the good of his life Hereafter.” (Faid al-Qadir)

Alongside giving an Aqiqah donation, the head of a newborn baby is also shaved in the early days, and the hair is then weighed. A monetary donation is then given to those living in poverty or to orphans, based on the weight of the hair. The value of this is calculated in line with the current rate of silver at the time of donation. We can also distribute this Sadaqah for you to those most in need, and have calculated that approximately 12g of hair, which equates to 12g of silver is equivalent to £10. This donation can be made as a general Sadaqah donation. 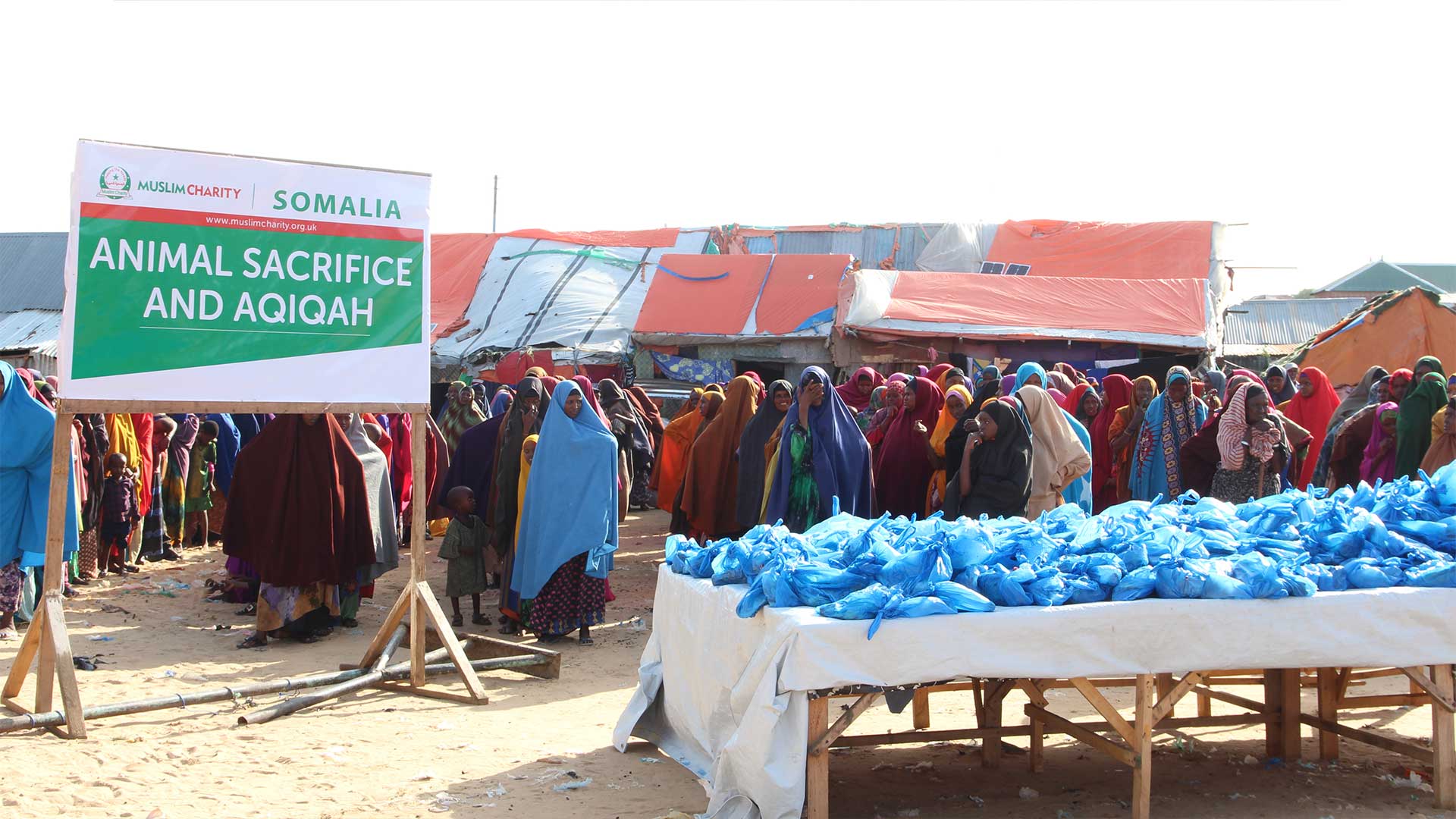 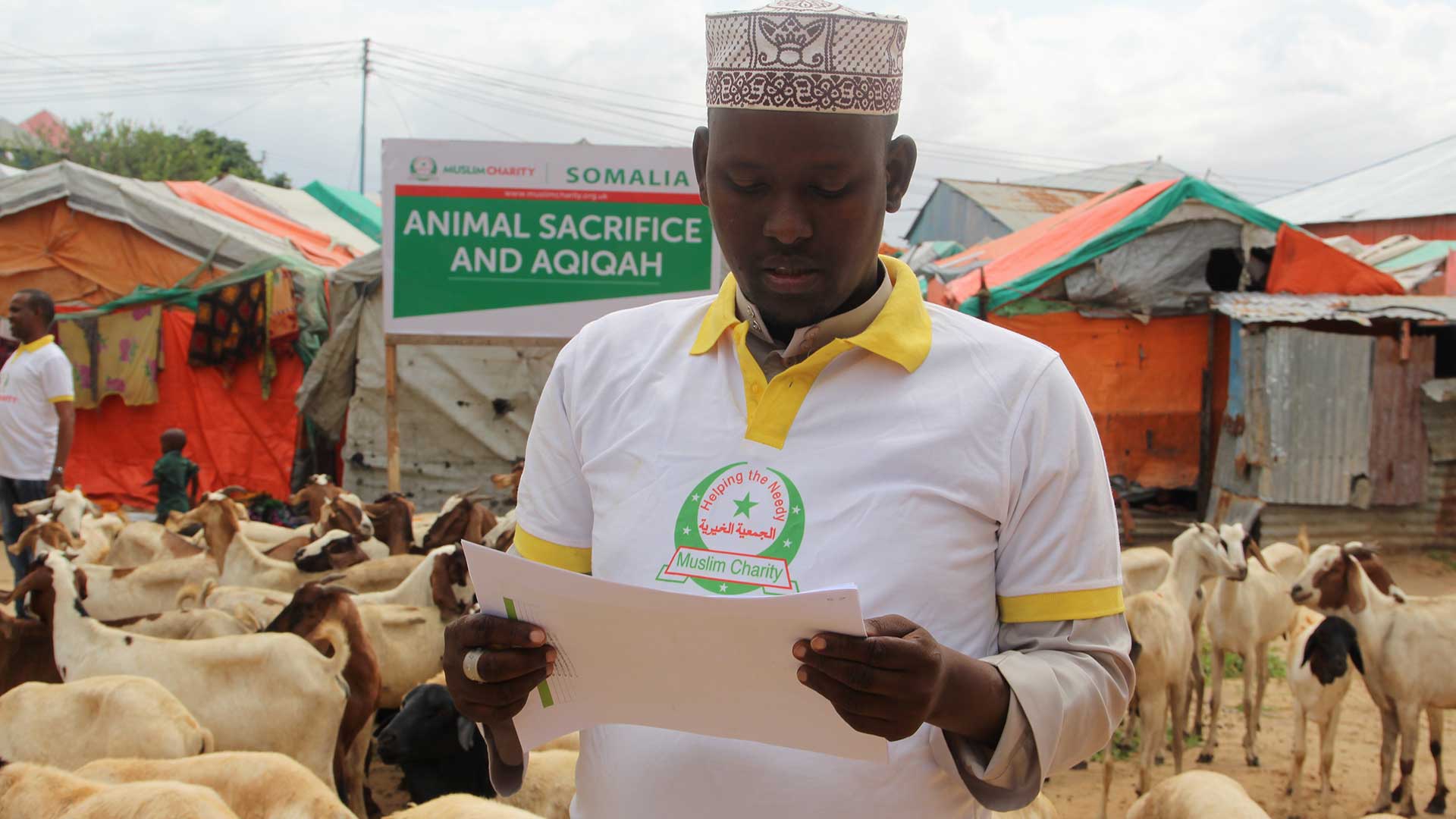 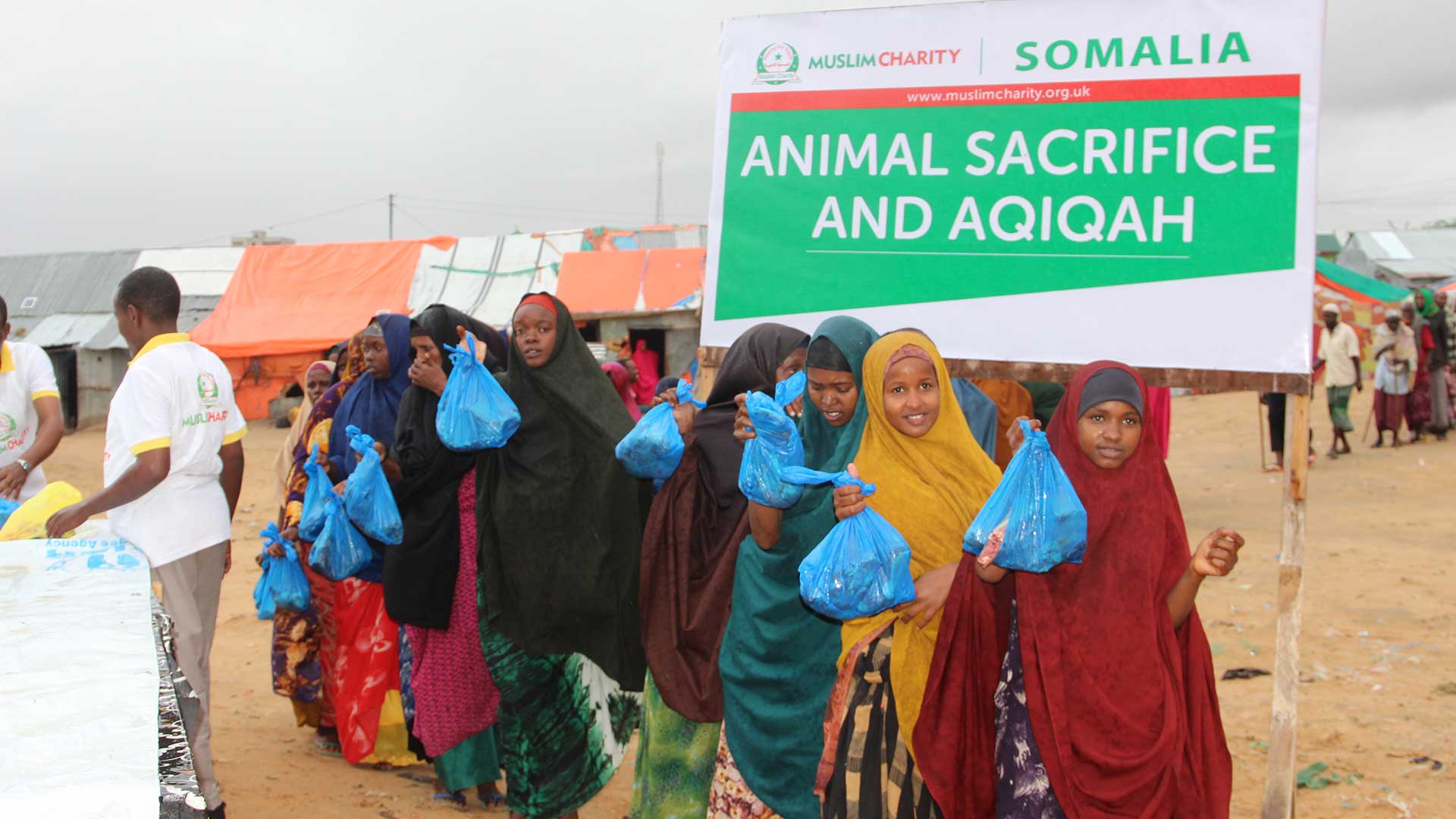 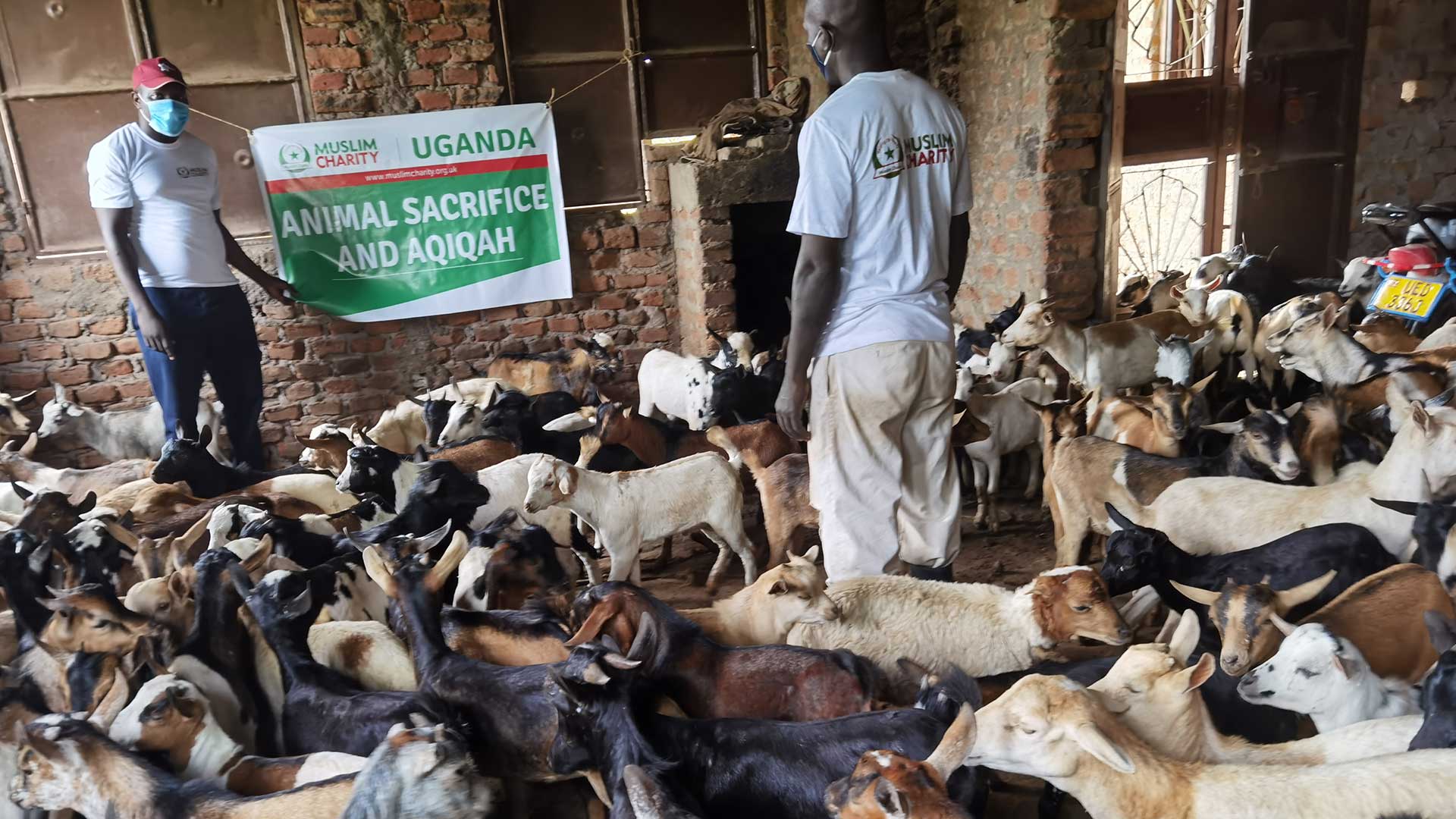 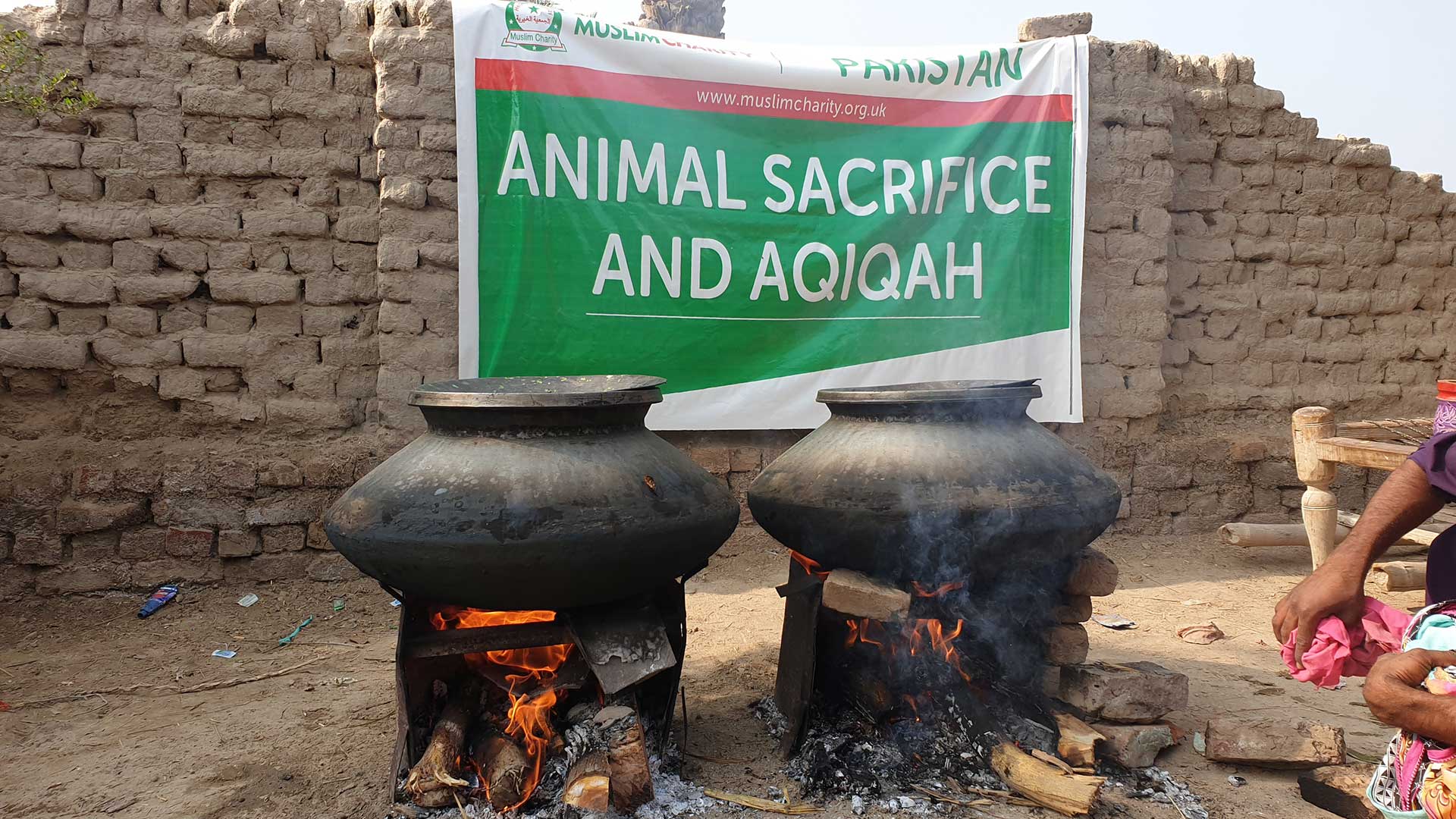 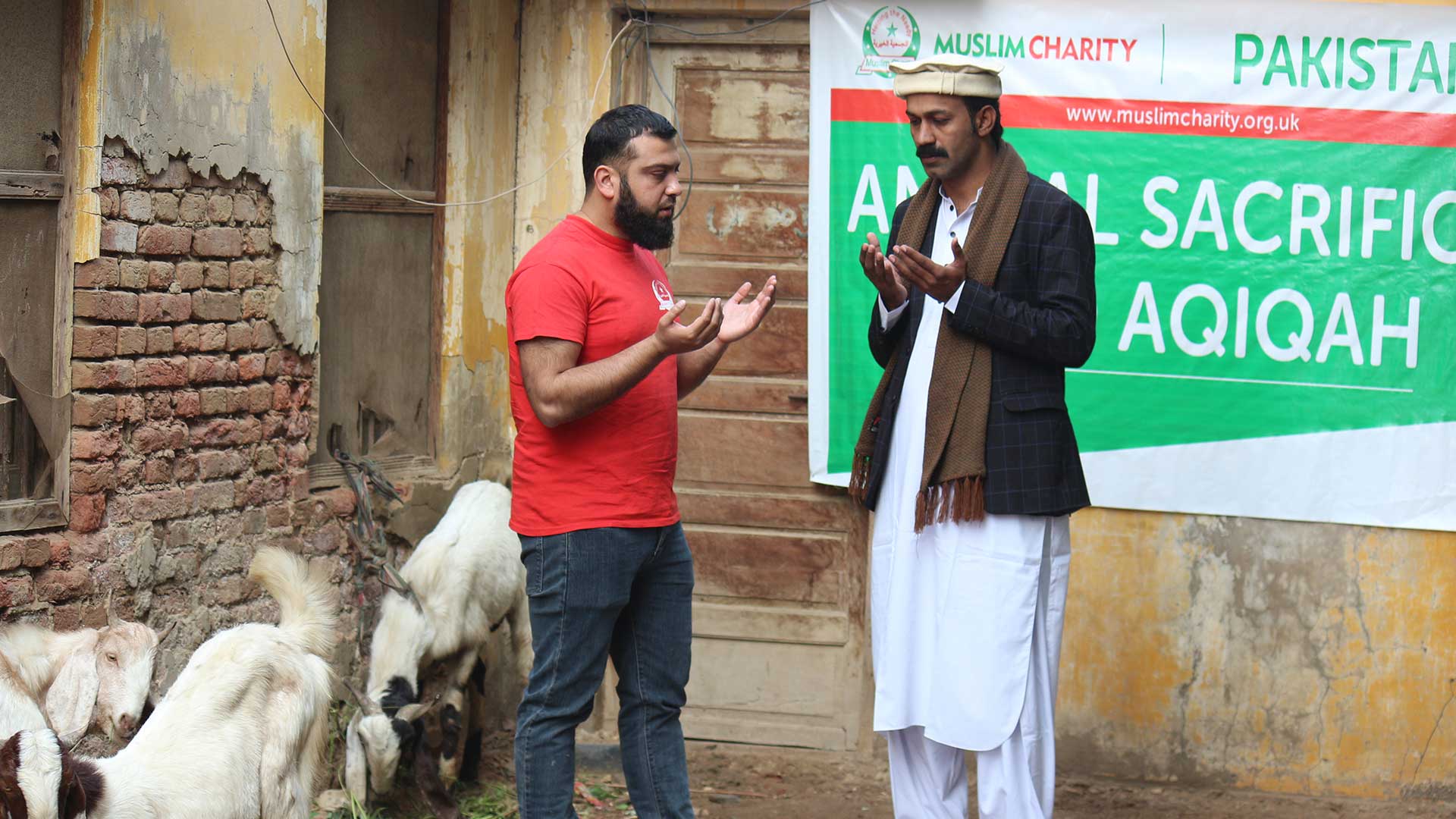 The Prophet (saw), said: “Give charity without delay, for it stands in the way of calamity.” (Al-Tirmidhi)

Giving sadaqah is important to Muslims. The Islamic faith teaches us that supporting those in need is always full of reward, and in any time of worry, fear or new beginnings, giving to those in need adds barakah to our lives. Many people choose to give sadaqah in the form of an animal sacrifice to ensure impoverished communities receive nutritious food to boost their health and tackle hunger. People opt to give sadaqah in the form of animal sacrifice at the time of a wedding, the loss of a loved one, a new job, buying a house or somebody falling ill.

Muslim Charity can facilitate your Sadaqah donation in the form of an animal sacrifice at any time. We will distribute meat or cooked meals to communities in Pakistan and Somalia to facilitate your request and needs.

Over the course of the last year, Muslim Charity, on behalf of our generous donors, has offered 443 animal sacrifices in Pakistan and Somalia benefiting an estimated 1,772 families consisting approximately 10,632 individual beneficiaries.

We invite you to fulfil your duty of Qurbani, starting from £20, and to he...

Every single day, women around the world have to walk miles to collect wate...

The worst floods since 2004 have hit Bangladesh. Sylhet and Sunamganj are t...