The water crisis worldwide is one of the most dangerous things we could be facing in the near future. Climate change and global warming has had massive impacts on the Earth’s climate and temperature and has also affected the amount of rainfall we are receiving. While natural disasters such as floods, earthquakes and tsunamis have become more prevalent, we are also seeing an increase in drought, famine and a lack of rainfall.

A lack of water effects every sphere of life including food, health and income, which is why typically countries facing drought are also experiencing mass food shortages or famine, and extreme poverty, such as Yemen and Pakistan. In Gaza, less than 4% of all water is drinkable. That means almost 97% of all water in Gaza is not safe for drinking, and this causes people to spend up to 1/3 of their, already scarce, income on clean water. A lack of water leaves people thirsty, and land parched. Food chains are deeply affected as crops cannot grow and livestock also is unable to survive. As a result, people in those regions end up going hungry. Without enough food, combined with dirty water, huge proportions of the population become malnourished. When this happens to women, this affects future generations as pregnant women who are malnourished are typically unable to carry to full term. They deliver premature babies who are also malnourished. This becomes a vicious cycle.

‘The Messenger of Allah (saw) was asked, “Which charity is best?” He replied, “[Providing] water”’. [Abu Dawud] 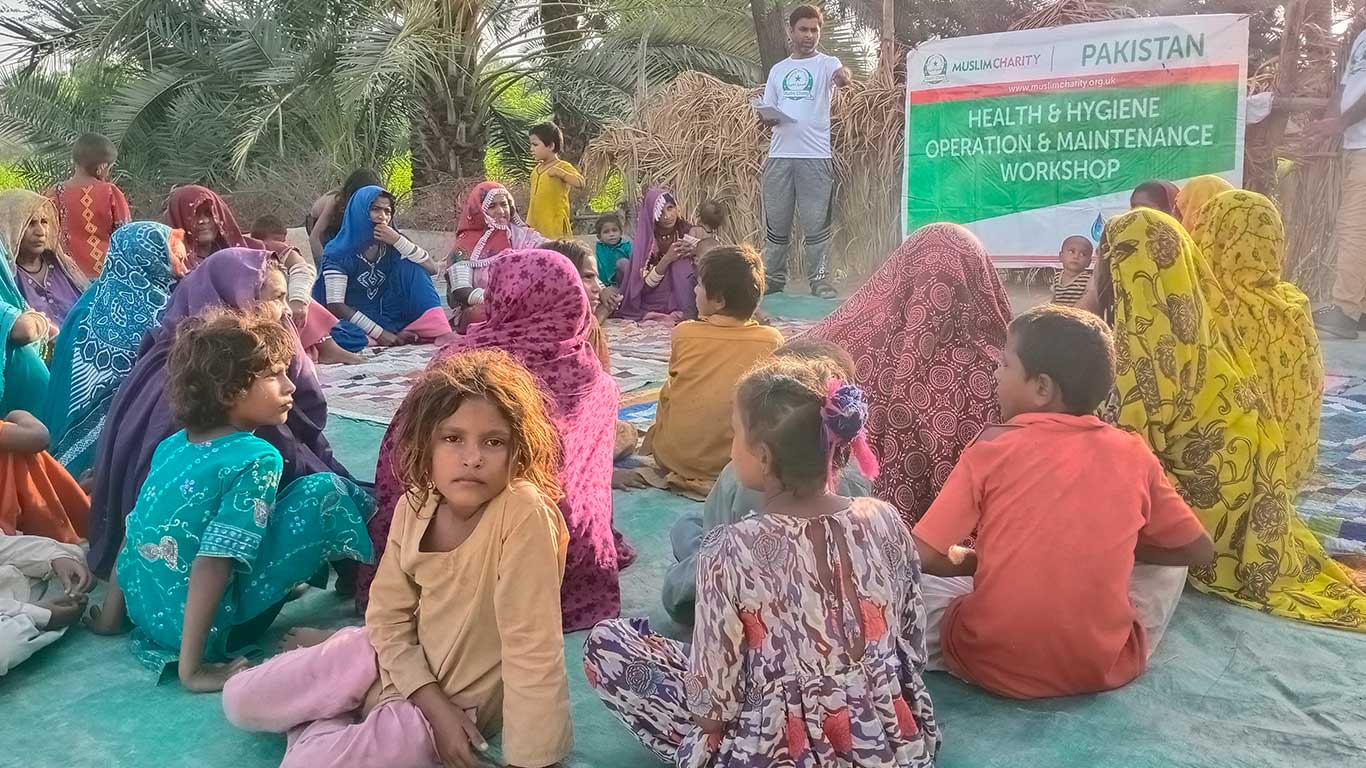 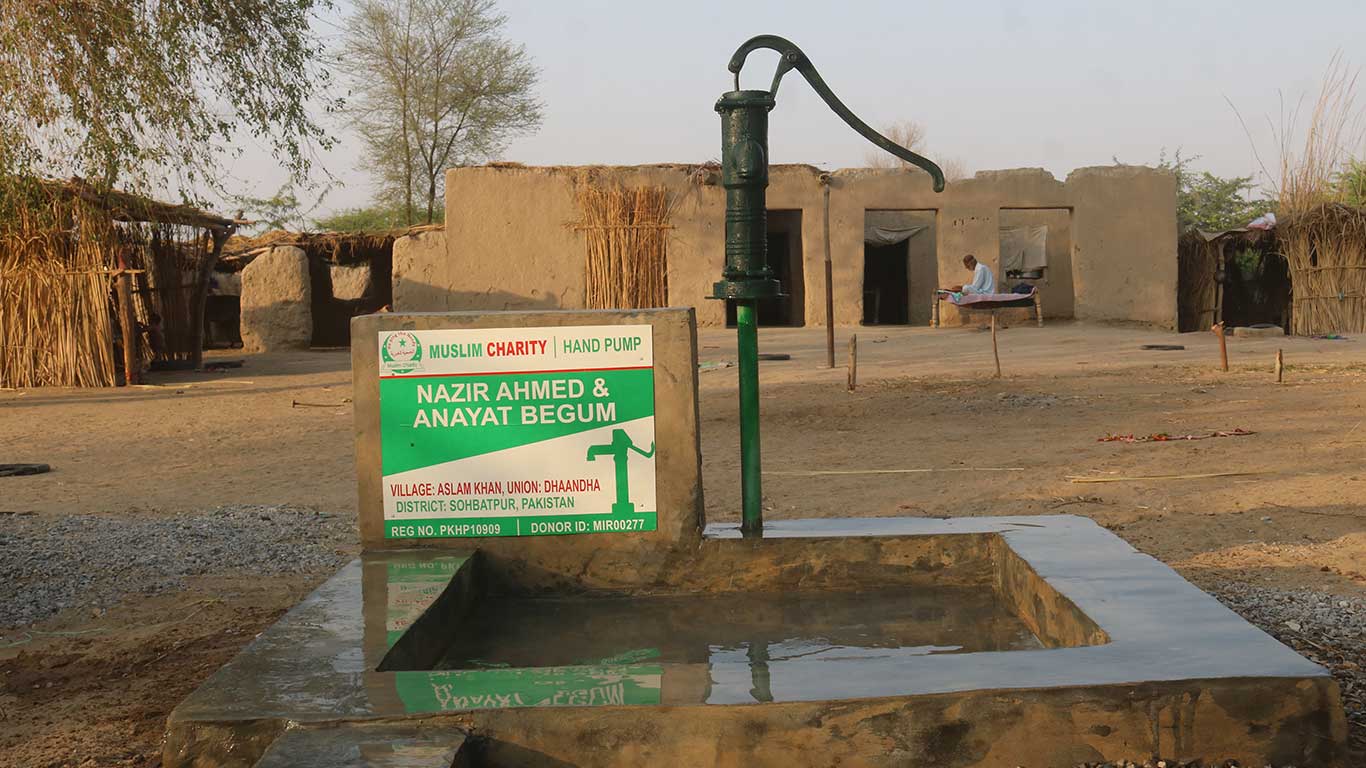 The Statistics and What We’re Doing

Around the world, approximately 790 million people lack access to clean drinking water. Millions of people are forced to drink dirty water that is often polluted by sewerage, harmful chemicals and waste. It is so dirty that it could kill them, and causes the spread of brutal disease. In Pakistan, 40% of all deaths are due to water-borne diseases. Women and children are forced to walk miles each day on dangerous terrain, often in the scorching sun or the freezing winter conditions, to fetch cleaner water for them to drink. This denies children access to education, and hugely affects the entire family. A 2study by UNICEF estimates that women and girls around the world spend 200 million hours each day collecting water.

At Muslim Charity, our Water Well Charity projects are designed to support poor and vulnerable communities in accessing clean and safe drinking water.  With your Water Pump donation, we strive to promote health and safety with fresh water supplies, and stop women and children having to walk for miles each day to collect water. We’re keeping people safe, and are also promoting hygiene and raise awareness about sanitation and staying healthy. We carry out awareness-raising sessions and establish committees within villages to ensure that knowledge is shared and implemented. Water from the handpumps is used by all members of the family for drinking, washing, cleaning and cooking.

Join us today to build a water handpump for a family in need. With your Water Pump donation, children from remote regions who would usually spend the day searching for water are now able to attend school seeking knowledge. Mothers are united with their families who would typically walk for miles every day in search of water. Everyone is now protected from water-borne diseases which is the root problem for majority of all illnesses in the third world countries. Giving water truly helps saves lives and transforms communities. 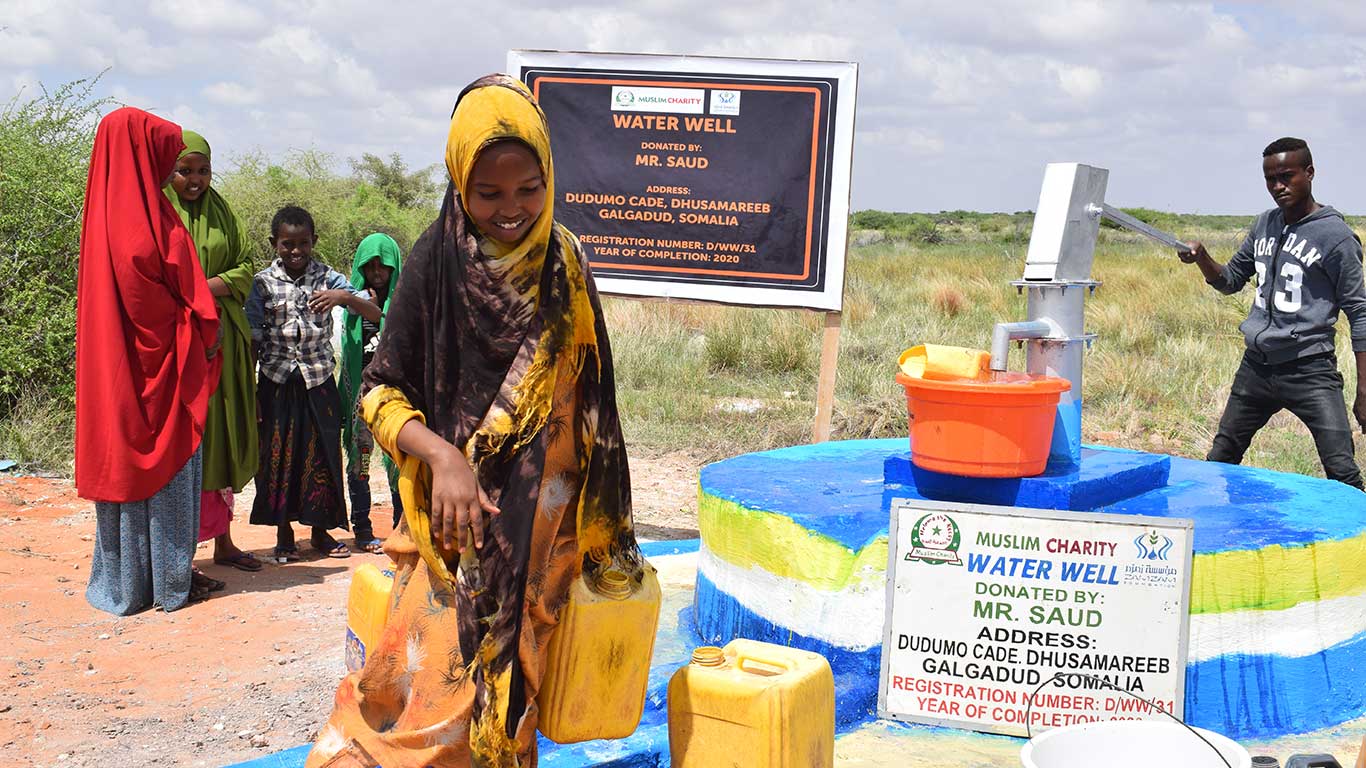 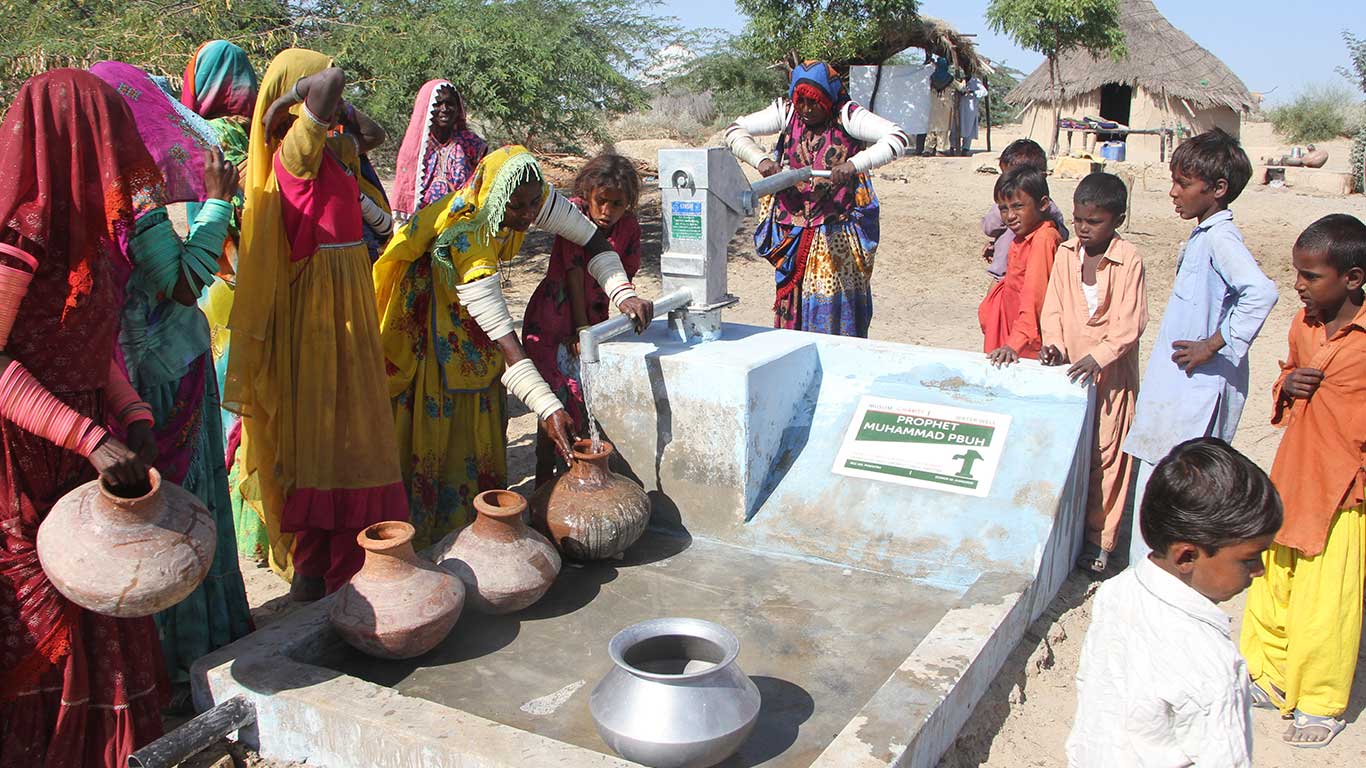 For a Water Pump donation of just £150, we can completely revolutionise the way countless women in poverty are currently having to live their lives. As the family have access to clean water, there is a significant reduction in the risk of disease and contamination. This means people are healthier for longer, and that families are less worried about heavy medical bills, thanks to your Water Pump donation. This is especially important as the world still faces the spread of Covid-19.

Currently we are supporting the installation of water handpump in Pakistan and Bangladesh.

As a water well charity, so far, we have installed 15,000 water handpumps, benefiting 443,960 vulnerable people.

Donate today to provide an impoverished family with access to clean and safe water.