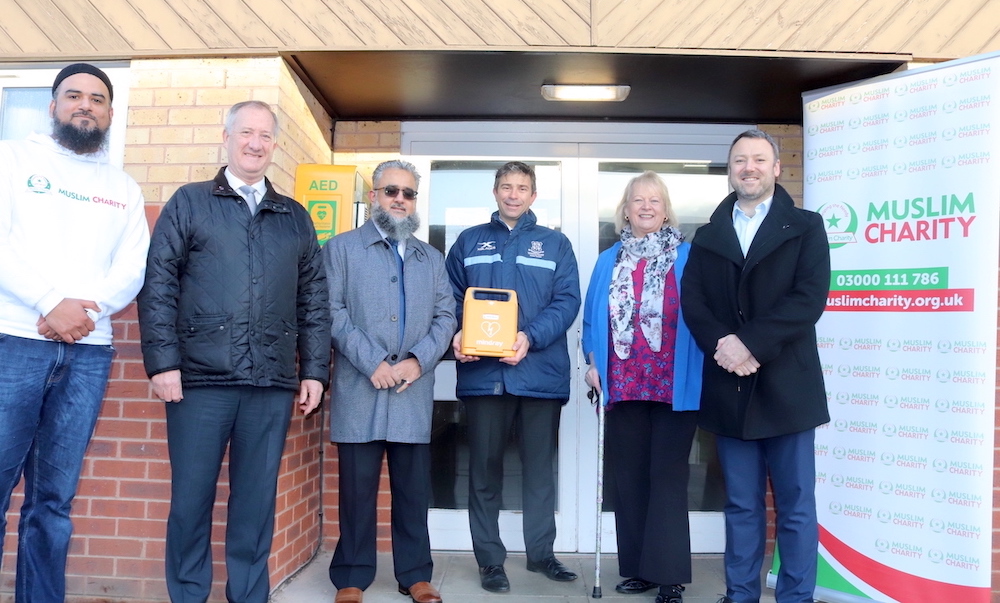 A joint-handover ceremony was held on 21 January 2022 at the Ranby House School in Ranby and the village hall in Sutton-cum-Lound, following the donation by Muslim Charity of two life-saving defibrillators to be used by the local communities in Bassetlaw.

Muslim Charity is grateful to Councillor Denise Depledge and Julia Bowness for championing the cause and highlighting the huge role that defibrillators play in saving lives at times of urgent and immediate need. The statistics are truly astounding:

• Each year in Britain around 30,000 people are struck by sudden cardiac arrest outside of hospital environments.
• Every minute without CPR and defibrillation reduces a victim’s survival rate by 7 to 10 per cent.
• Without immediate treatment, 90-95 per cent of cardiac arrests prove fatal.

When these statistics were shared with Muslim Charity, the team promptly decided not to delay and to take immediate steps in support of this much needed life-saving initiative.

Commenting on the occasion, Brendan Clarke-Smith (MP for Bassetlaw) said, “It was great to meet with the Muslim Charity today with Councillors Depledge & Bowers where we were able to see first-hand the community effort towards providing life-saving defibrillators to the communities of Ranby and Sutton-Cum-Lound.

“I would like to thank Maroof, and the Muslim Charity for their generosity to residents in Bassetlaw by providing these two defibrillators to the community. Bearing in mind that we have over 14,000 people living with heart and circulatory diseases in Bassetlaw, these kind donations will benefit us for years to come”

The Vice Chairman of Muslim Charity, Bakhtyar Pirzada, who was attending the ceremony said, “We are honoured to have been able to be part of this project and together with our donors to have contributed to the well-being and safety of members of our local community. We would like to thank Brendan Clarke-Smith for making effective use of social media and highlighting the needs and issues of the local constituency, as a result of which two defibrillators are being handed over today. We are hopeful that today’s handover will again highlight the life-saving significance of defibrillators and inspire further support for local initiatives.”

Commenting at the handover ceremony, Maroof Pirzada (UK Director of Muslim Charity), explained, “I was not previously aware of the huge life-saving potential that defibrillators have at times of sudden cardiac arrest but when the figures were highlighted in meetings with Councillor Denise Depledge and Julia Bowness, it really brought home the idea that we should not delay this project for a single moment. We feel humbled and honoured to serve the local community through life-saving defibrillators, we hope they are never required to be used but if the need arises, we are satisfied that the communities of Ranby and Sutton-cum-Lound have the facility there and available.”

Muslim Charity is an international NGO working to eradicate poverty in the developing world through supporting health, water and sanitation, education and emergency response initiatives in 17 countries around the world. With its headquarters in Retford, there has always therefore been an interest to support local causes as well. This has led to Muslim Charity historically supporting Bassetlaw Hospital with the procurement of a brand new resuscitaire unit for its maternity ward and also funding the Bassetlaw Food Bank to support local communities. Elsewhere in the UK, Muslim Charity continues to run a monthly homeless feed project in Manchester’s City Centre since January 2018 and supported the communities of Cumbria and Somerset during the extreme flooding in recent years.

PHOTOS FROM THE CEREMONIES 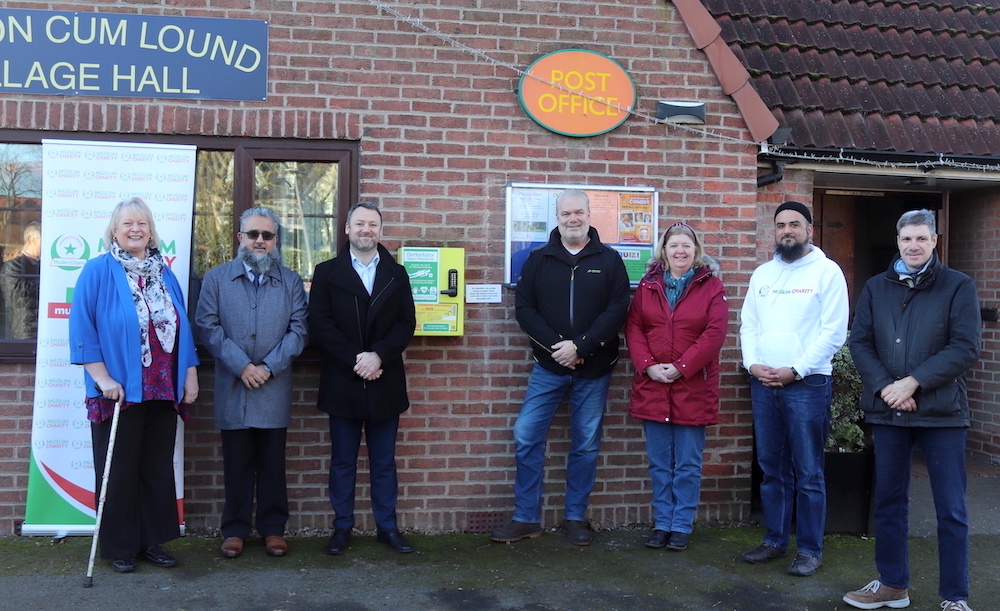 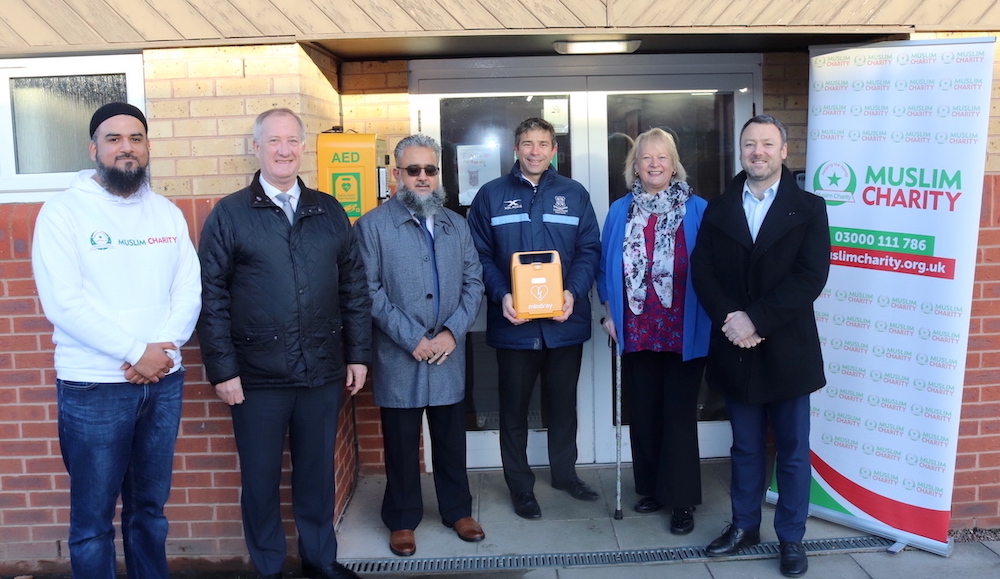 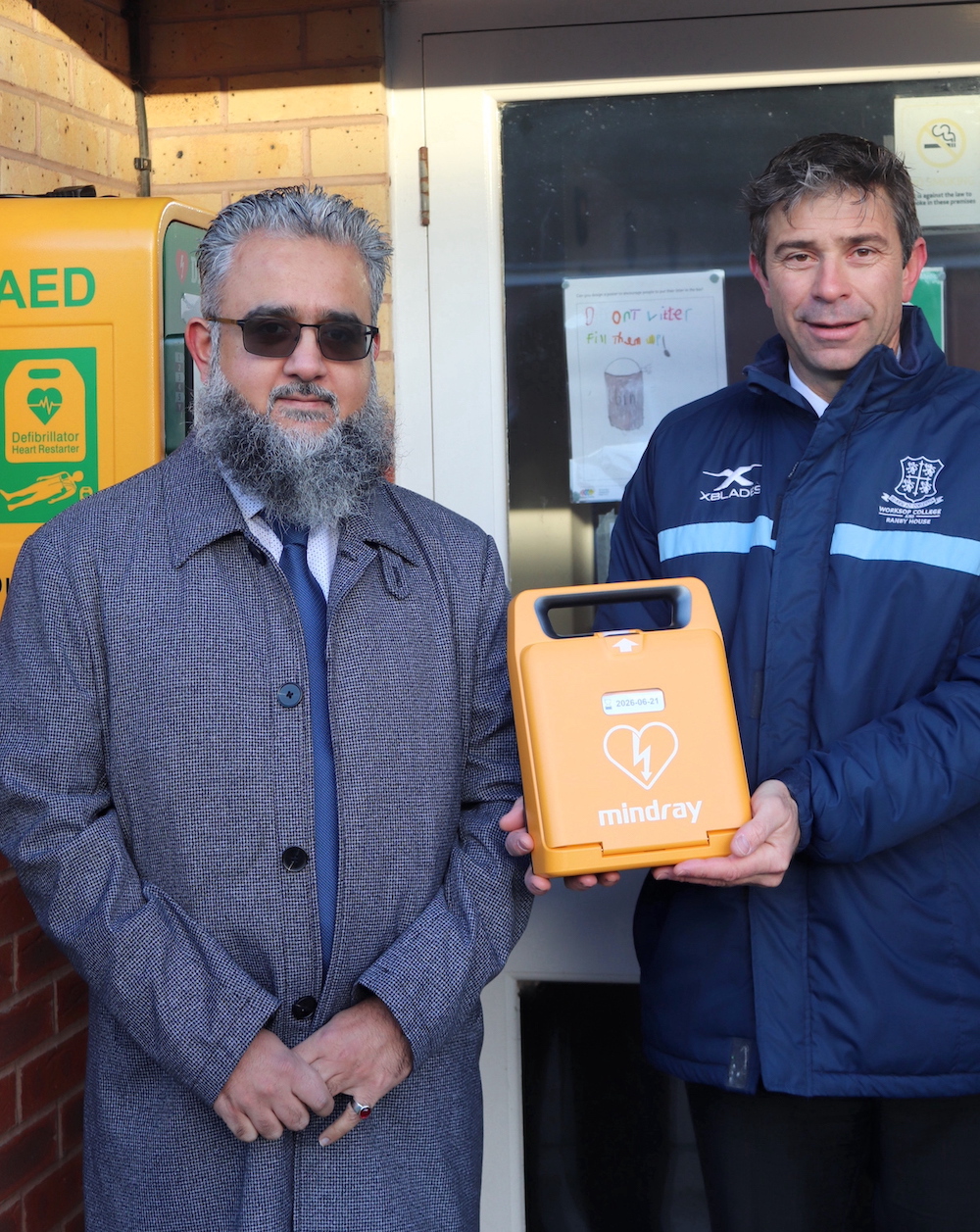 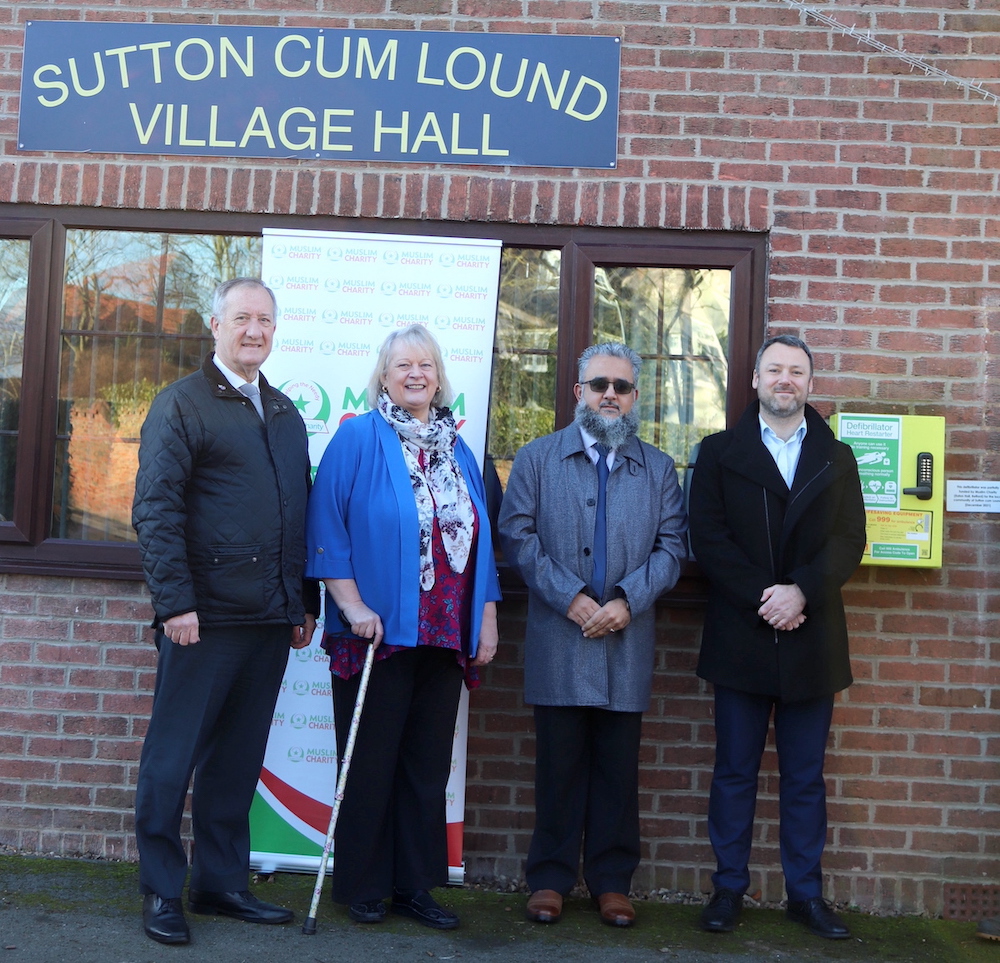 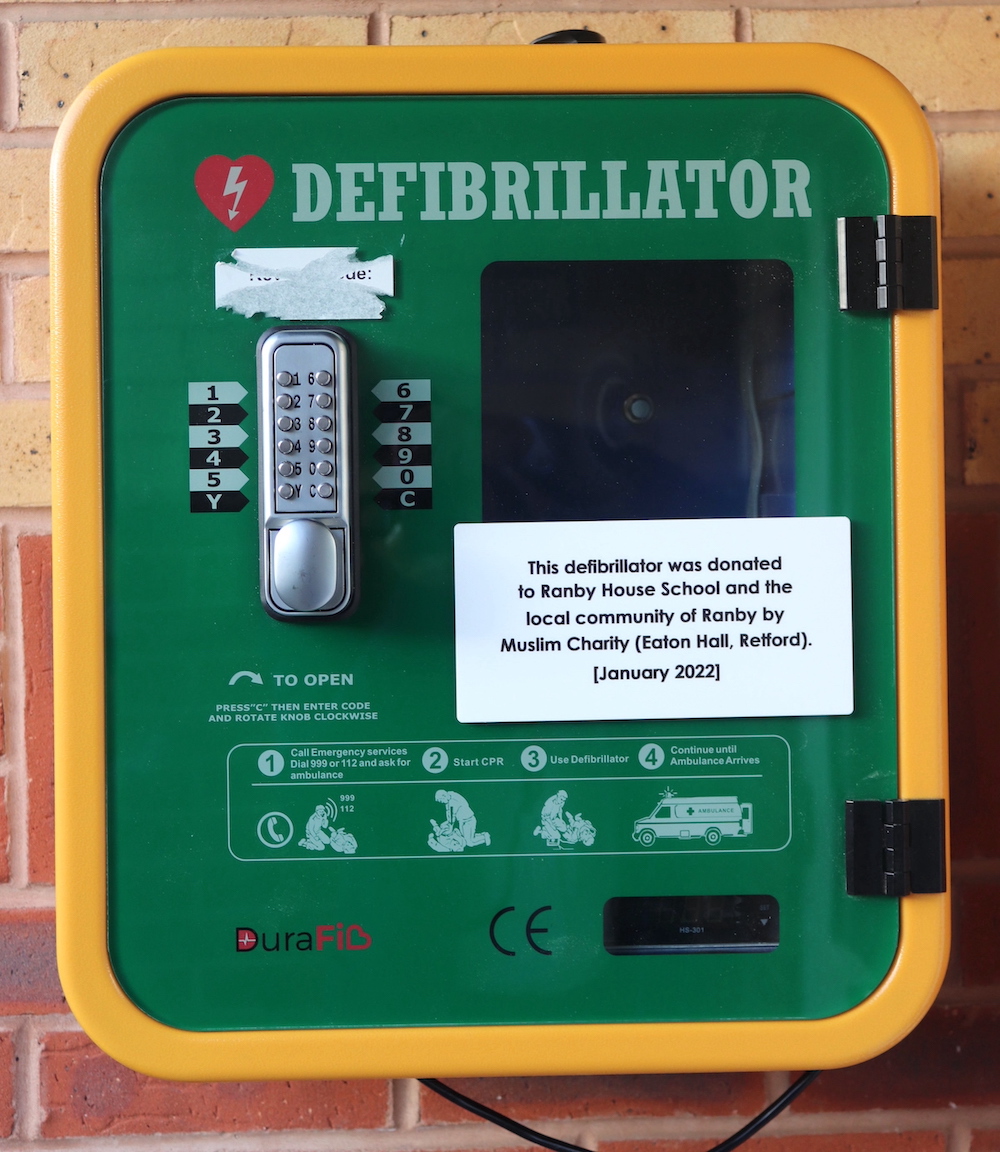 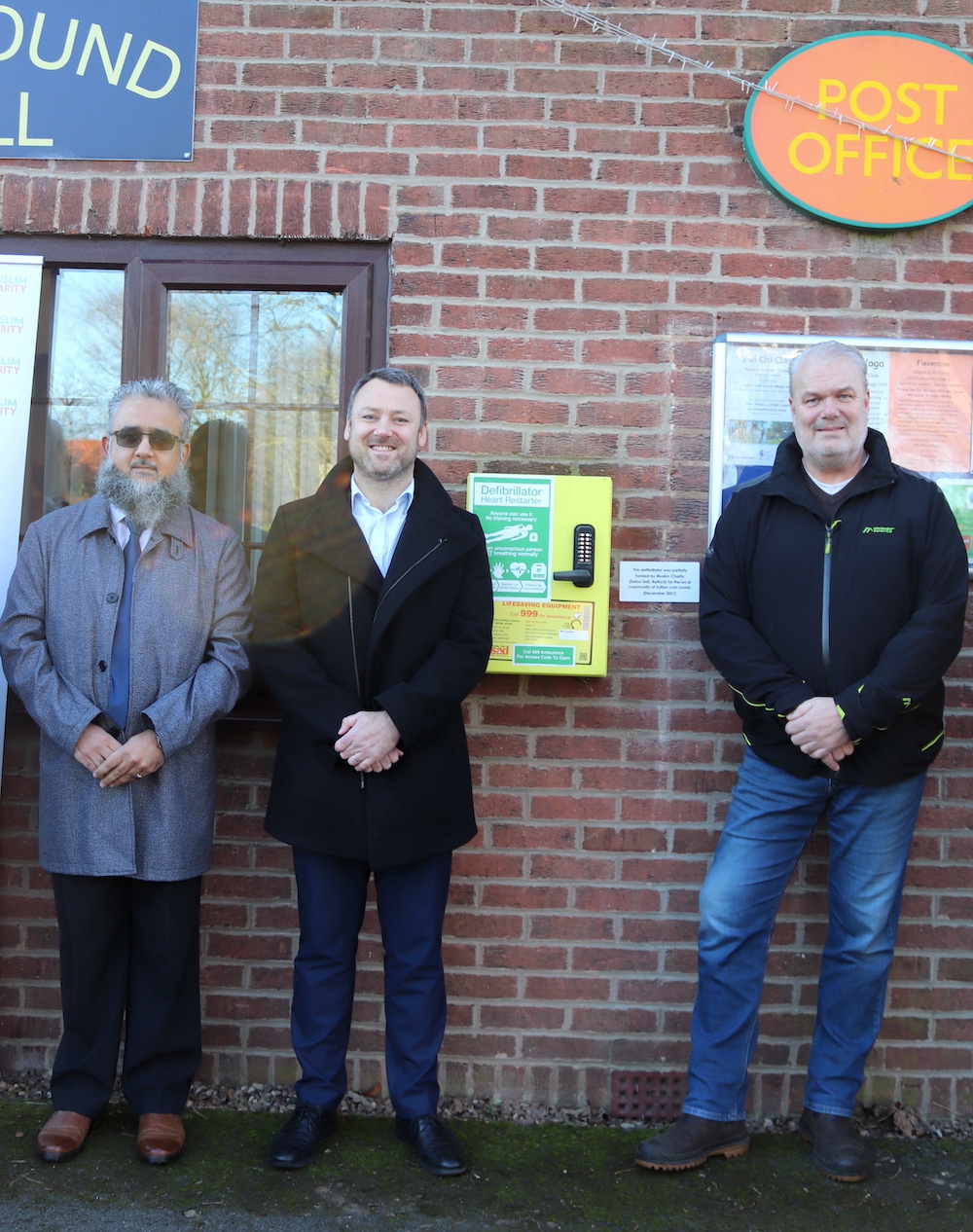 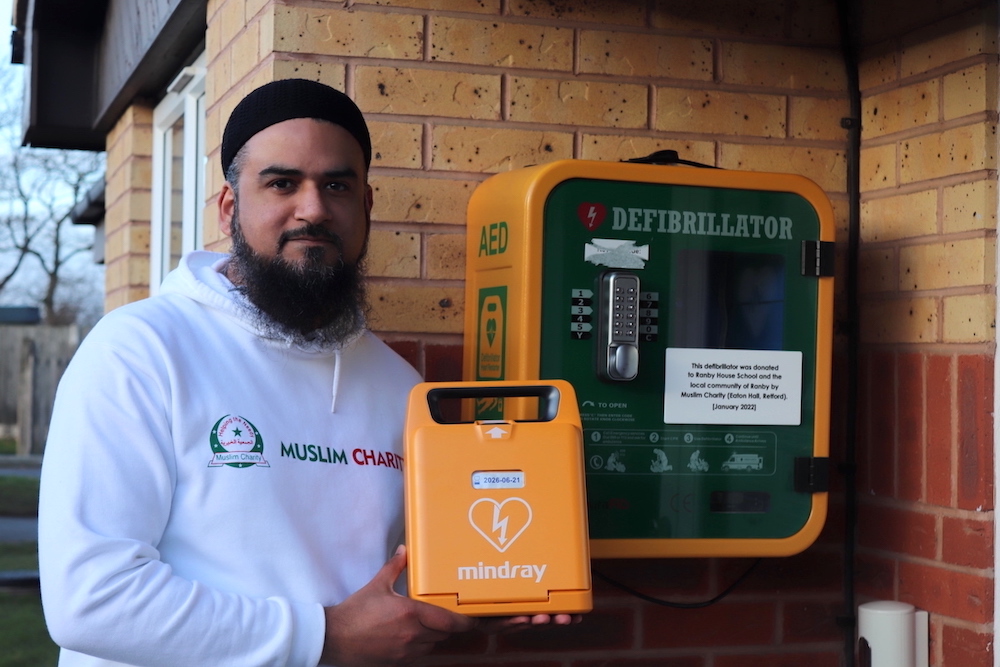