In July 2019, a ceremony was held at the Presidential Palace in Islamabad in which 250 customised wheel chairs were presented to differently-abled persons in Pakistan. The ceremony was hosted by Pakistan Bait-ul-Mal and the Chief Guest was the President of the Islamic Republic of Pakistan, Dr Arif Alvi.

Attending the ceremony were the Managing Director of Pakistan Bait-ul-Mal, Mr Aon Abbas Buppi, the Vice Chairman of Muslim Charity, Mr Bakhtyar H. Pirzada, and the Ambassador of the Kingdom of Saudi Arabia in Pakistan, His Excellency Mr. Nawaf bin Said Al-Malki. In addition to this, many of the recipients of the customised wheel chairs along with their family members and supporters and volunteers of Muslim Charity also were in attendance. 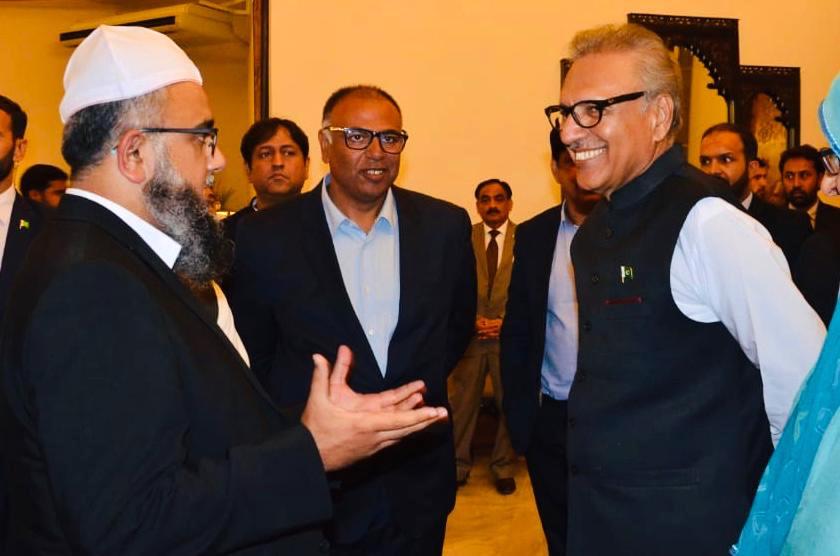 The wheel chairs were funded by Muslim Charity donors from the UK and the distinguishing features of these wheel chairs were that they were customised according to the size of the beneficiaries, padded with heat resistant cushions for the long hours that disabled persons will spend on them especially during the hot summer days and furthermore they were manufactured in a factory where the entire workforce are people with disabilities themselves so it is an excellent source of livelihood for them.

The differently-abled children put on wonderful tableau displays including a spectacular performance of playing cricket.

Commenting on the occasion, the President of Pakistan, Dr Arif Alvi said, “God has given some attributes which are experienced equally amongst all people regardless of personal circumstances or disabilities. These attributes include happiness, joy, hunger, thirst and so on.” He further elaborated, “Since God has not discriminated whilst distributing these attributes and feelings, similarly, society has a responsibility not to discriminate amongst people. Our buildings should be designed to allow for lifts, wheel chair access for the disabled so as not to discriminate.”

The Managing Director of Pakistan Bait-ul-Mal, Mr Aon Abbas Buppi, whilst thanking the donors of Muslim Charity, also gave the positive news that the Bait-ul-Mal is developing an App for the registration of special persons under which they would apply online for wheelchairs, which would be provided at their homes within 15 days. He said initially the programme would be launched in 12 districts.

Whilst commenting on the generosity of British Muslims, the Vice Chairman of Muslim Charity, said, “Inspired by their faith and cultural tradition of generosity and hospitality, British Muslims are at the forefront in terms of giving charity and alleviating the suffering and plight of the less fortunate. Only in Ramadan last year, over £130 million was raised by British Muslim NGOs with aid being distributed in over 40 countries across the globe.”

Muslim Charity donors and volunteers from the UK also participated in the ceremony and had an opportunity to engage with and speak to many of the beneficiaries present on the day. We pray Allah SWT rewards all the donors of Muslim Charity.

To learn more and to donate towards basic or customised wheel chairs, please click here.

Photographs from the ceremony: 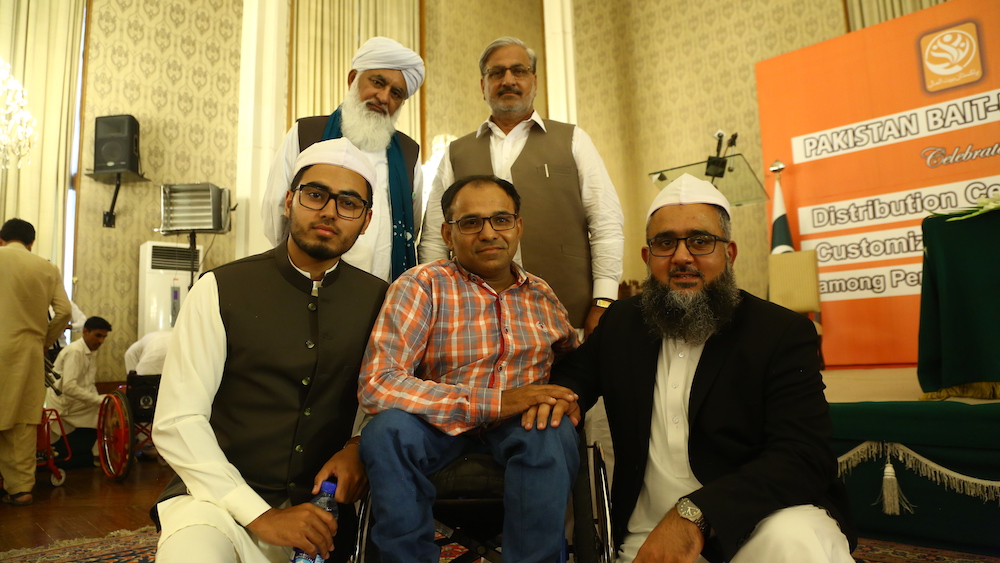 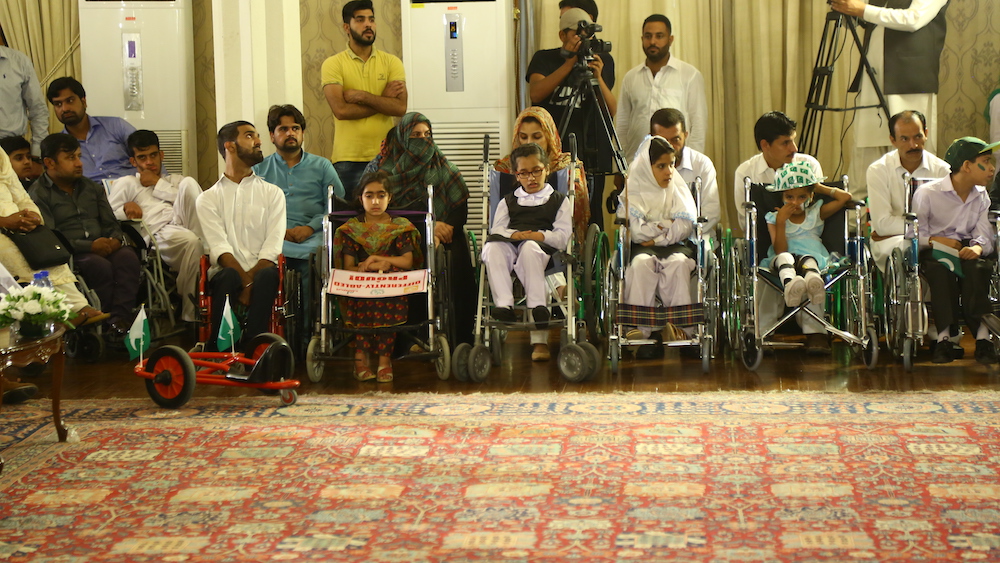 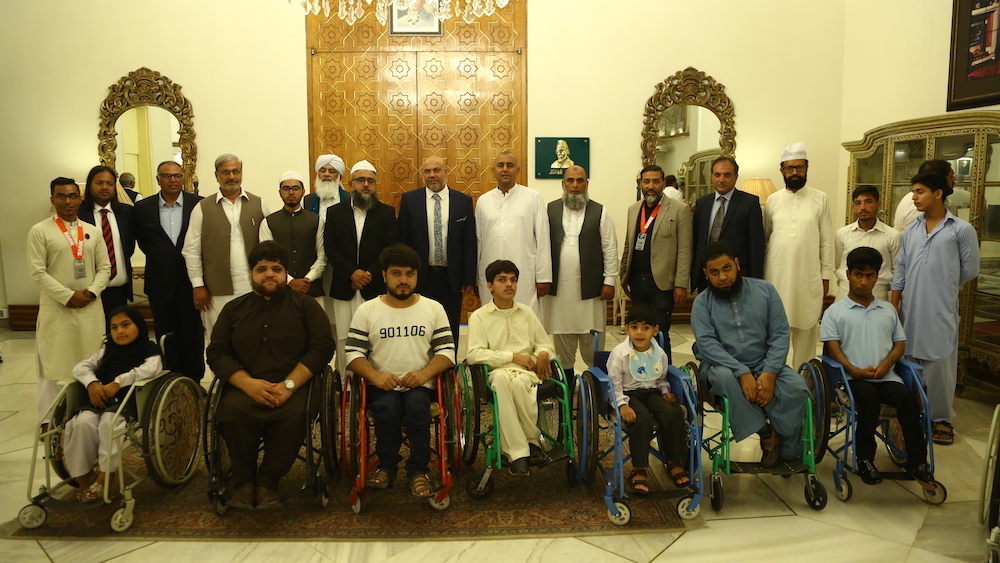 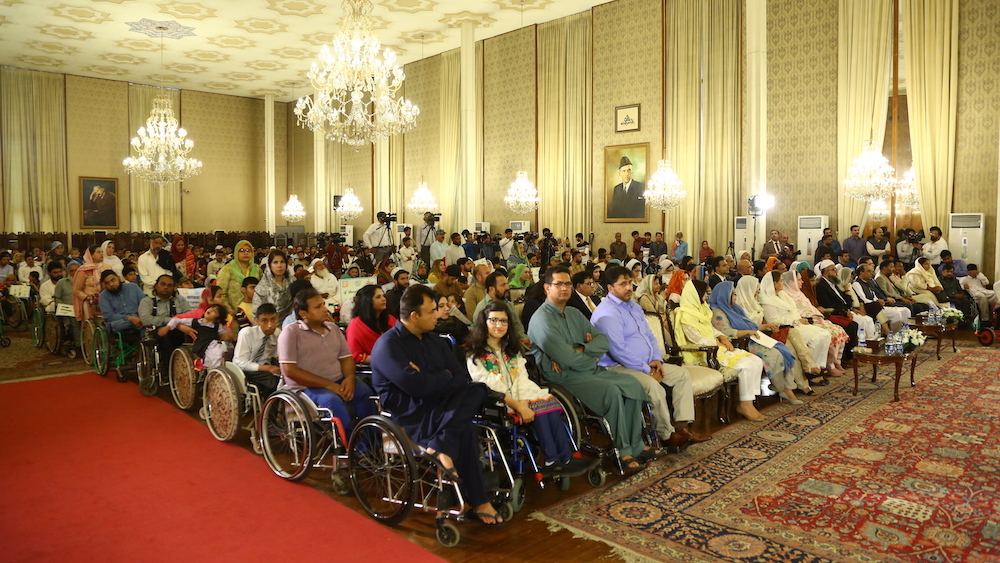 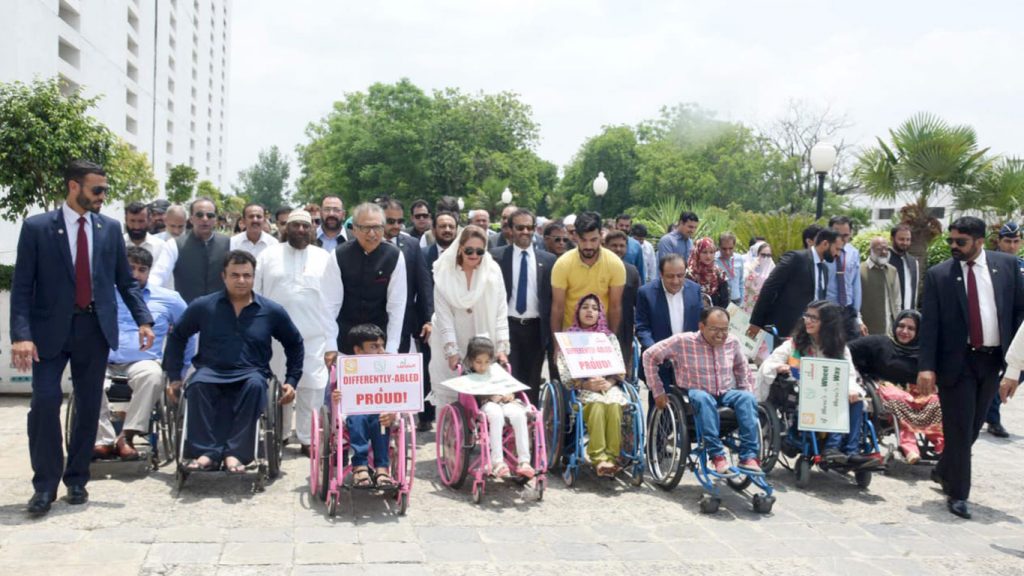 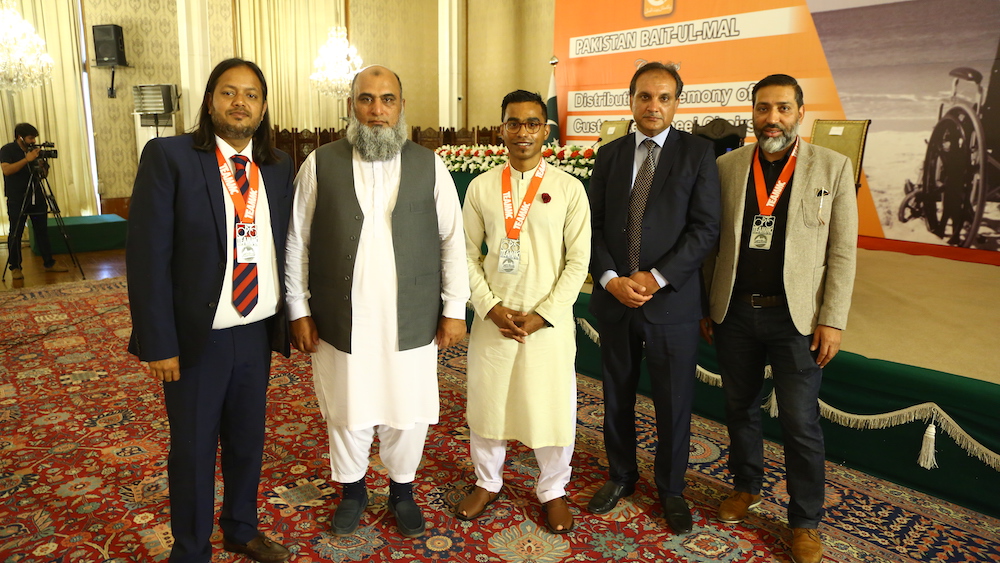