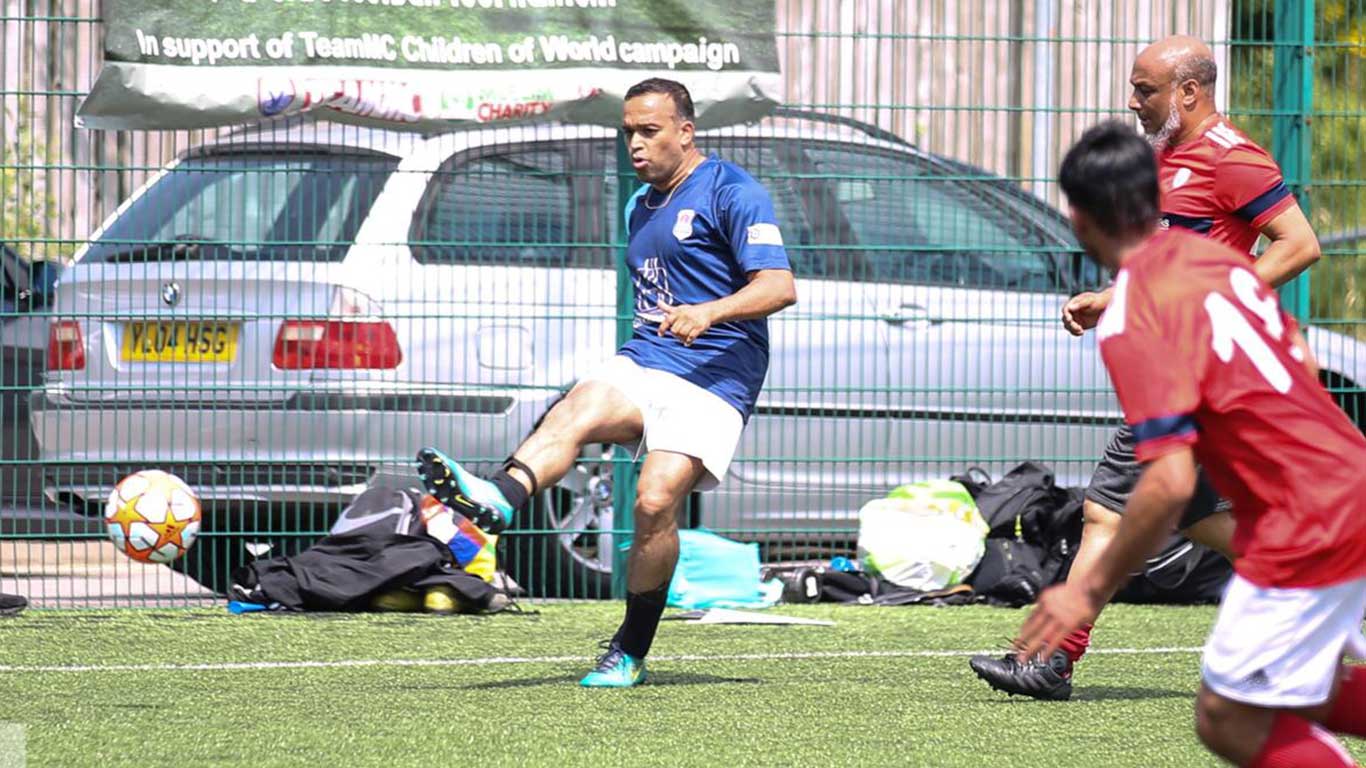 It was another great festival of veterans football. We had teams and players from Oldham, Rochdale, Leeds, Rossendale, Haslingdon, Blackburn,  Bradford, Chester, Birmingham and London. Again, the football on the pitch was of superb quality for players aged 35 – 52, but that’s no surprise as these are some of the best footballers within the small sided tournament circuit throughout the UK, but the brotherhood and unity off the pitch was even more pleasing to see.

As for the Masters competition itself, there were 2 groups of 6 teams with very competitive and entertaining matches in both groups with 4 teams in each group going through.

In the semi finals Moulibazar Red Star beat OVFC in a marathon penalty shoot out 7-6, after the game finished 1-1, and NFA beat Moulibazar Dynamo, coming from behind to win 2-1.

The final was a very competitive one with the 2 teams that topped the 2 groups meeting and deservedly being in the showpiece final. NFA beat Moulibazar Red Star to be crowned OVFC/BASA Masters in partnership with Muslim Charity 2021 Champions.

All funds raised as part of the tournament were donated towards the “Children of the World” campaign of Muslim Charity where we rescue children from the streets and provide shelter and education to vulnerable children around the world.

A huge thank you to all the teams, the referees, the volunteers, the BBQ team, the sponsors and our team of organisers Moheen, Jewel and Abdul Basit.

⚽️ Man of the Match in Final: Kalam (NFC)

Unity and respect through the beautiful game … long may it continue. ❤️⚽️😊 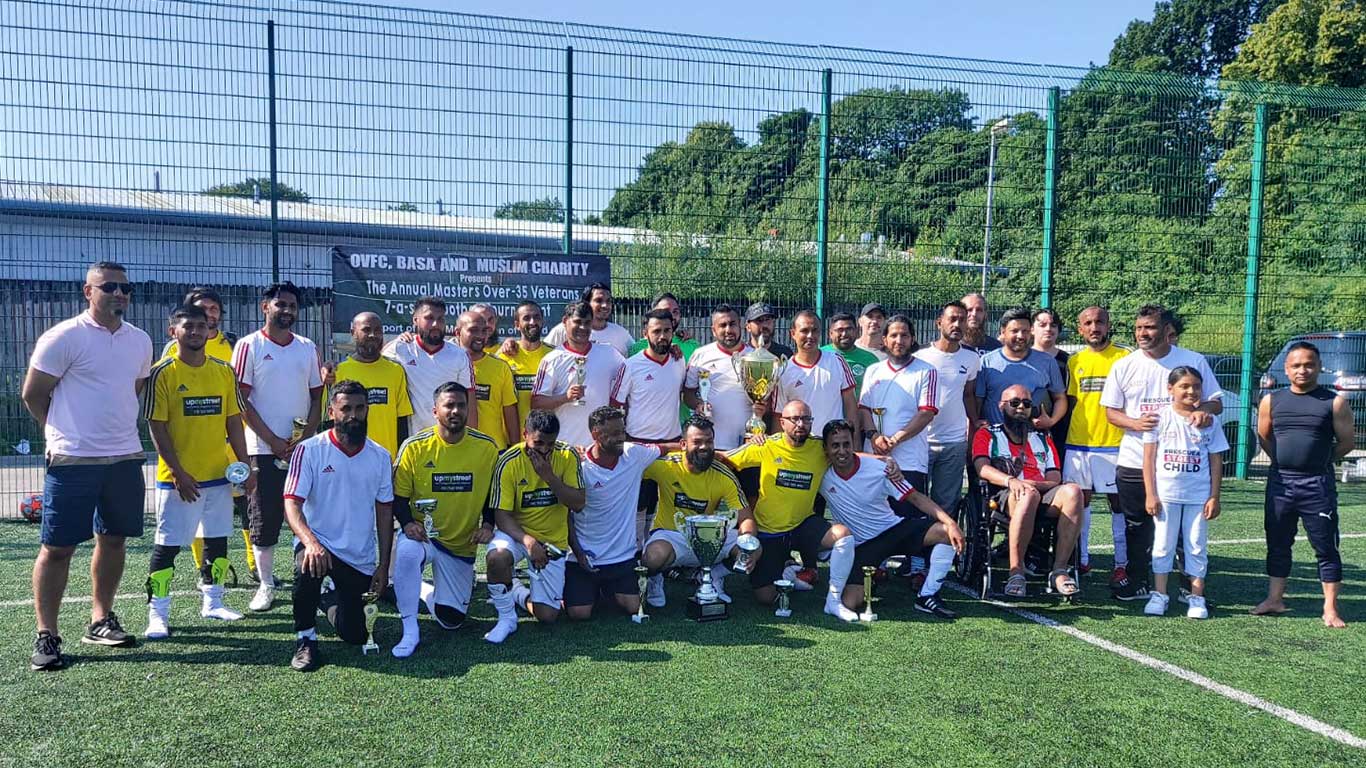 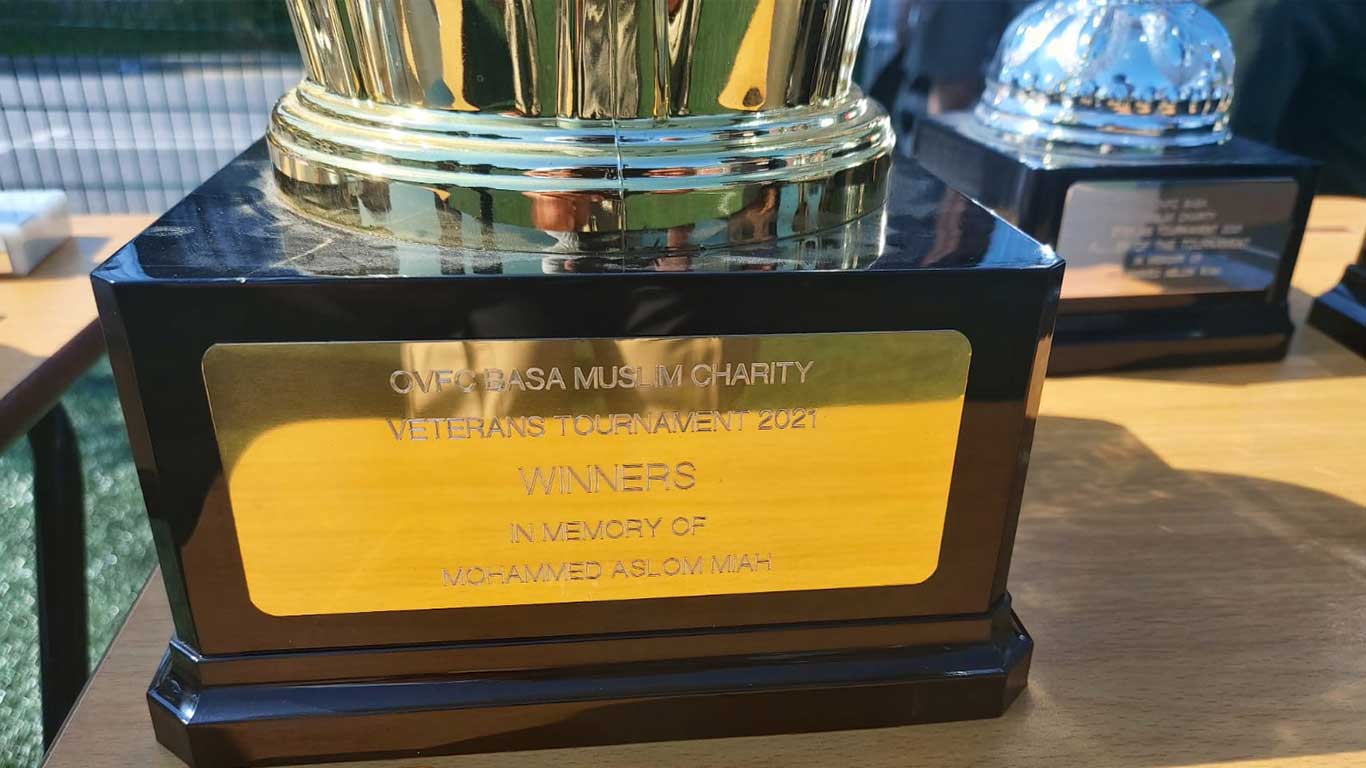