On 14th July 2018, our #TeamMC cycling club organised a bike ride from Cambridge to London in aid of Emergency Medical Aid for Gaza. The cyclists not only raised funds for emergency medical supplies which were delivered to needy hospitals in Gaza, they also took the challenge to raise funds for an ambulance to transport injured patients to the hospital swiftly. Within three months – ALHAMDULILLAH – not only were the funds raised for this ambulance but Muslim Charity is pleased to announce that the ambulance has been procured and is in action on the ground supporting the injured, wounded and people with emergency health conditions in Gaza, Palestine.

The duty station of the ambulance will be the Hayfa Charity Hospital, which serves 7,000 patients each month. The ambulance that has been handed over will be serving approximately 500 patients each month. Muslim Charity has been working with the Hayfa Charity Hospital for many years through provision of life-saving medical aid and medicines at times of dire need.

The catchment area of the hospital is the Eastern side of Gaza which has a population of 200,000. This area is one of the most poverty-stricken areas of Gaza with high rates of poverty, unemployment and malnutrition.

Muslim Charity has been working in Gaza since 2013. Having partnered with UNRWA, we have had unparalleled access to Gaza whenever there has been an emergency. During the 2014 Gaza war, Muslim Charity was amongst the first to respond to the crisis and provided urgent medical assistance to the Hayfa and Al-Shifa hospitals. 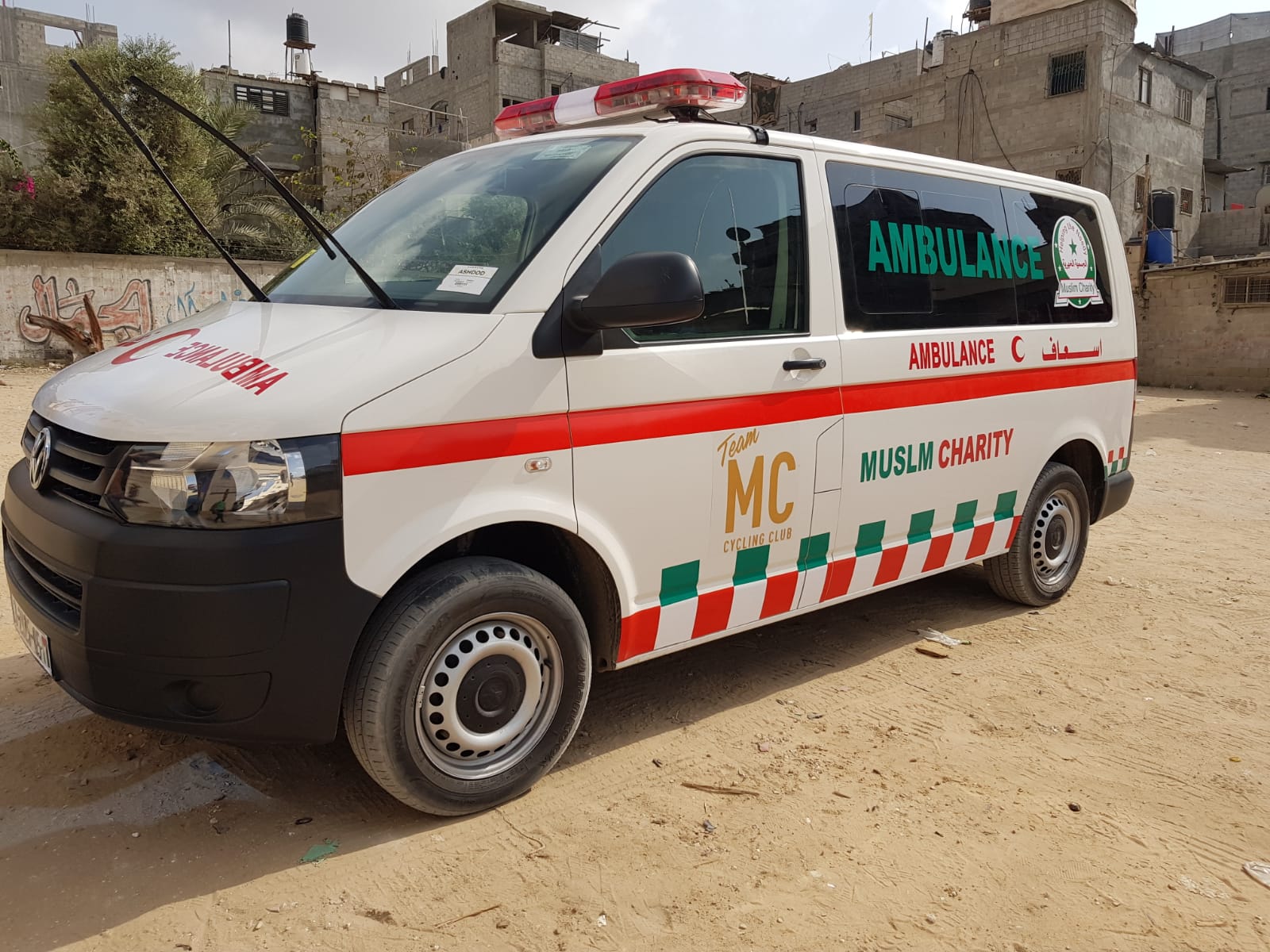 We would like to thank all the donors and participants of the #Cambridge2London bike ride. You have enabled us to ensure poor and needy patients are transported swiftly to hospital at times of emergency. Your efforts have enabled us to rescue and save lives on a daily basis through the provision of medical aid, medicines and this ambulance.

If you have out-of-the-box ideas and have the passion and energy to help the needy, then get involved in our challenges and activities to serve humanity around the world