A night out supporting Manchester’s homeless 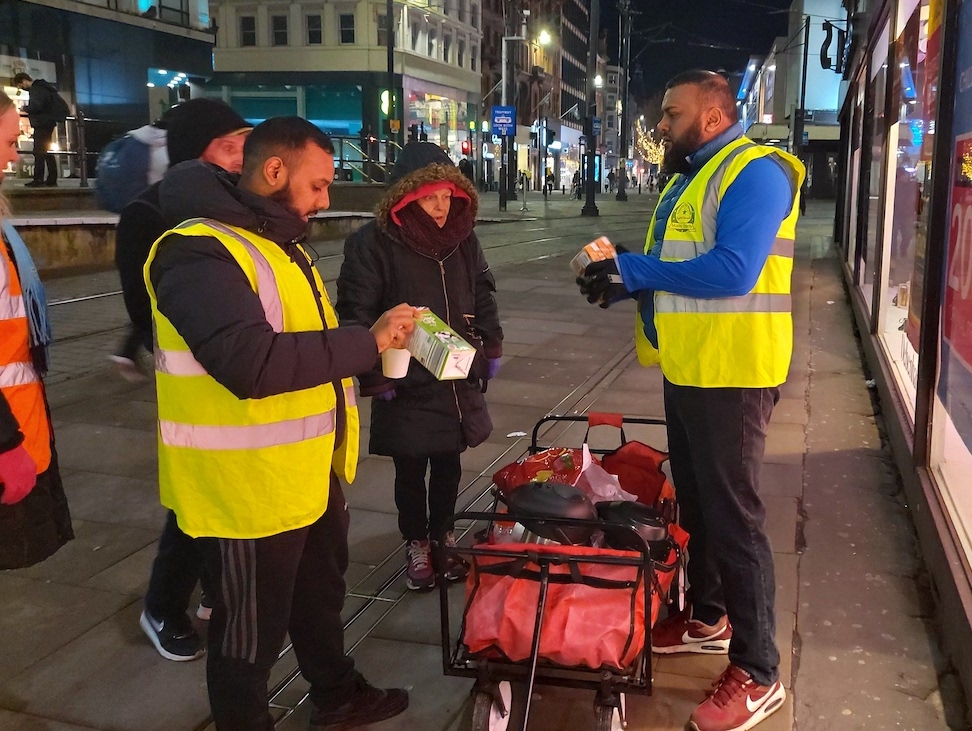 Shumel Haydar and other volunteers distributing hot food and drinks to the homeless.

Muslim Charity has been supporting the homeless in the UK for 3 years. Since January 2018, we have been doing regular visits with our #TEAMMC volunteers in Greater Manchester to provide hot food, drinks, warm clothing and more to people sleeping on the streets.

Earlier this week, on 7th December 2020, Brother Shumel Haydar volunteered with Muslim Charity to spread love and kindness to the homeless community in Manchester City Centre, and here’s what he had to say:

“Wrap up really warm cos it’s going to be freezing!”- These were the instructions I gave to my work colleague and good friend Alison before I picked her up. She had brought a huge bag of goodies- biscuits, chocolates, sweets and lots of treats. We met up with Moheen and Azizur close to the M.E.N. and made our way to the City Centre.

Due to the extremely cold temperature, I wasn’t expecting to meet many homeless people, but I was wrong. We spent half an hour on Deansgate serving a group of people, all of them asking for a hot drink. Then we moved onto Market Street, where we met several more people. Moheen had purchased gloves and hats; these were very popular and much appreciated.

There were other agencies around who were also providing much needed hot food; it was so good to see this; everyone was playing their part. My colleague Alison, who had joined us for the first time, was really hands on and getting to know the personal stories from people. They all had their own tale to tell, some had fallen on extreme economic hardship, others had engaged in drugs habits, and one poor Asian man was disowned by his son following the death of his wife. As we made our way to Piccadilly, our supplies were becoming thin, so we called it a day at around 9pm.

I’ve been involved with this project for a few years now. For me it’s important to witness the harsh reality many people are suffering. Also, as a Muslim, we should strive to serve humanity as best as we can.

You can learn more and support our UK homeless project by clicking here. A simple donation of £30 can provide 30 hot meals for the homeless.

Alternatively, if you want to get involved and volunteer on our regular visits to support the homeless community then please call us on 03000 111 786 or email us: [email protected] 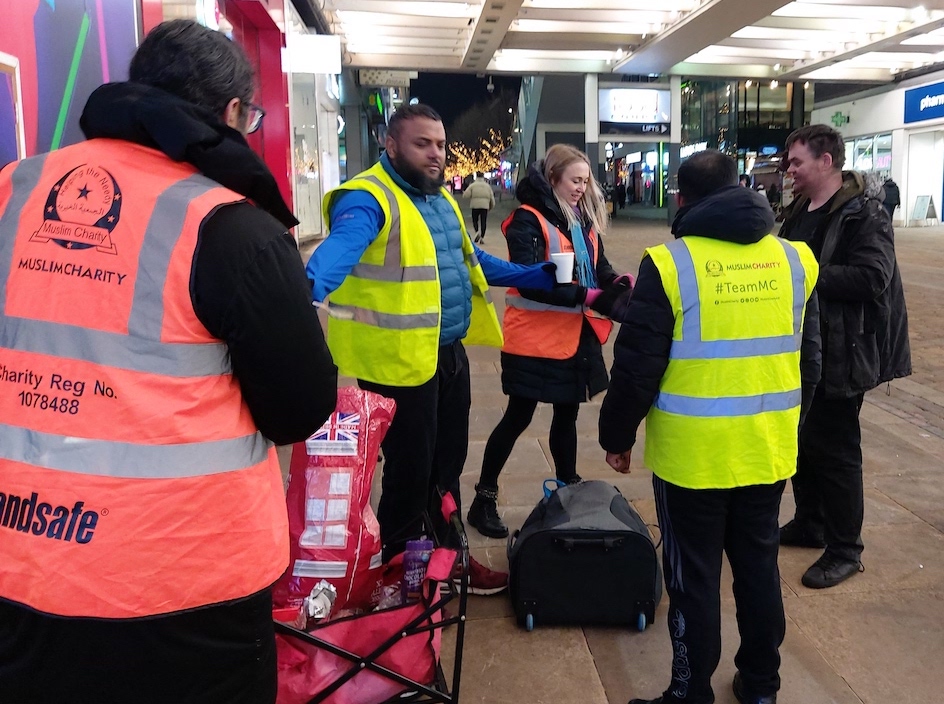 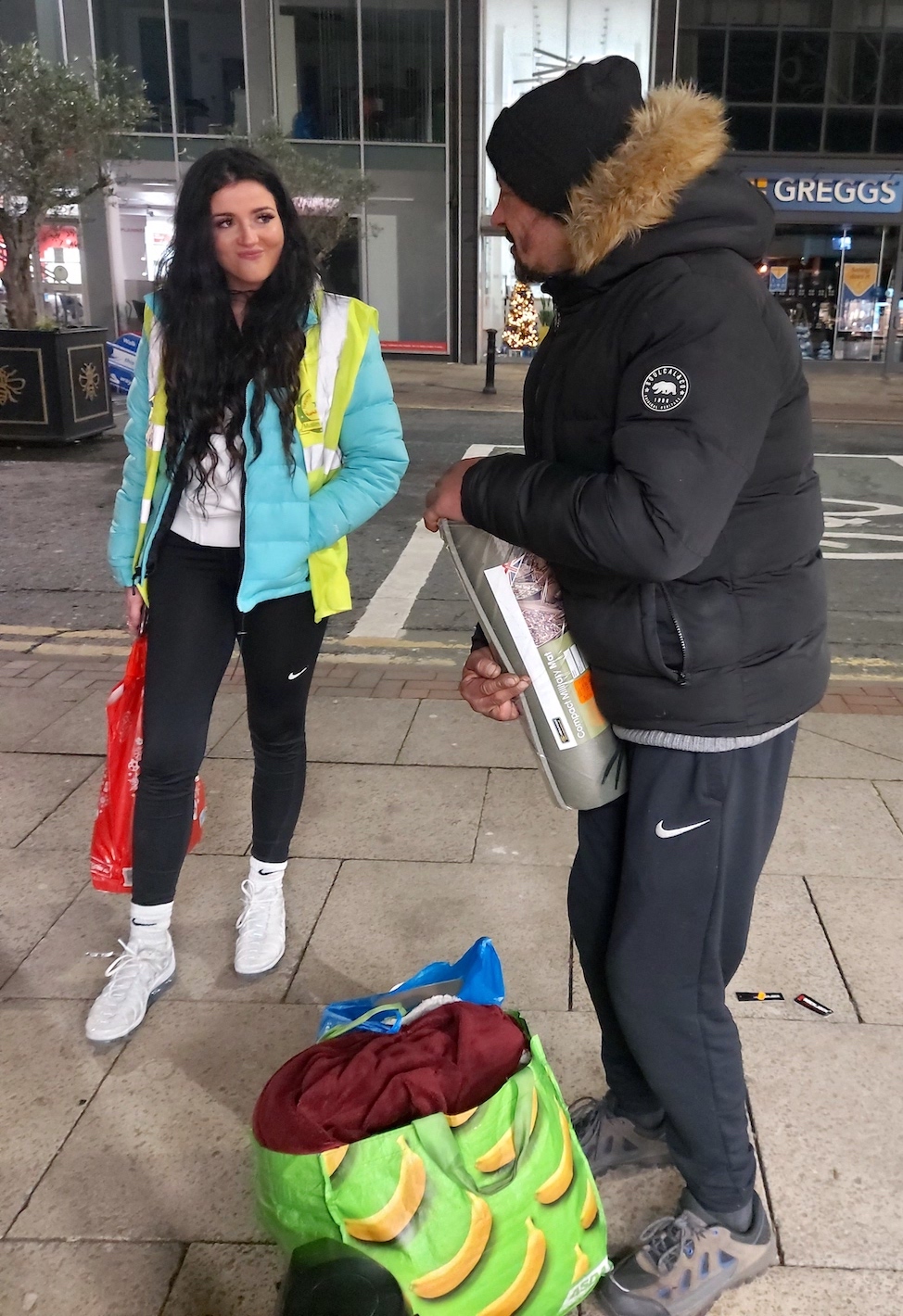 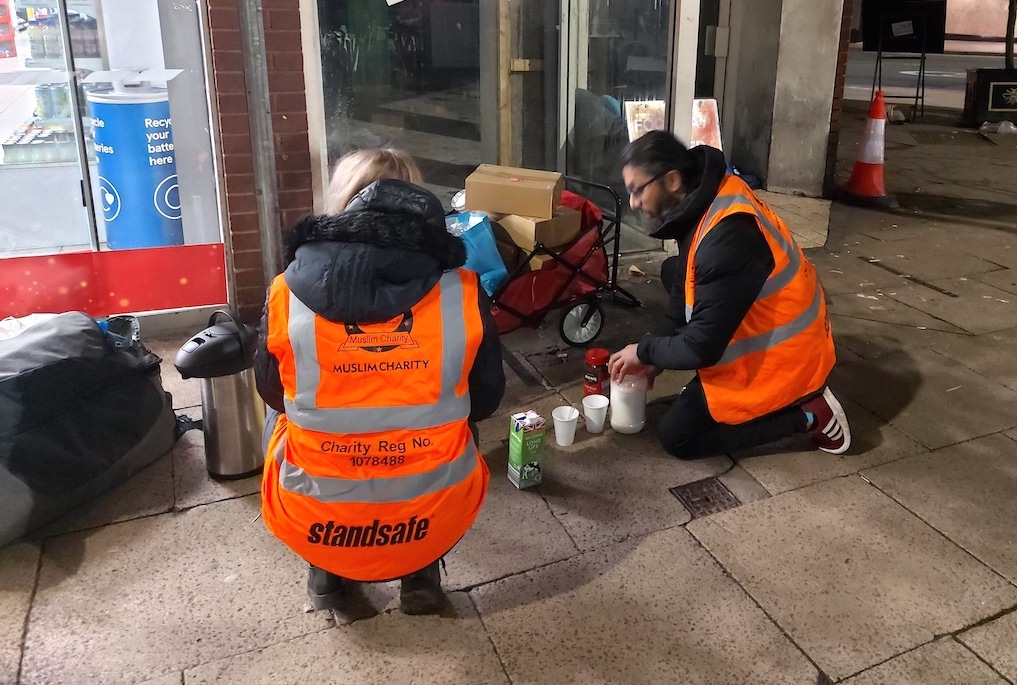